Whitlock Shows the Will to Keep Winning 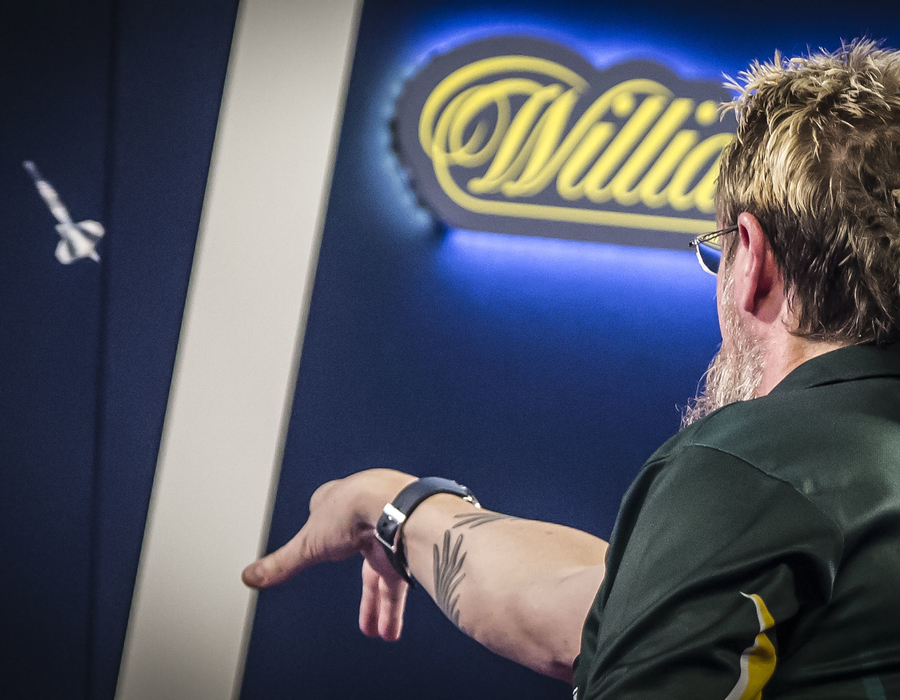 Whitlock Shows the Will to Keep Winning

But the Wizard of Oz is casting his spell on the oche again thanks to sheer hard work to return from the dead of mediocrity.

After his lethal finishing took him to within a whisker of the World Championship a decade ago, the Beard To Be Feared was hair today, gone tomorrow.

However, he is pumped full of Aussie grit. And of course, a boomerang mentality to bounce back.

Whitlock put in the hard yards, went back to his roots and played as many pub competitions as he could to get that winning feeling back again.

And boy is it paying off.

This very likeable guy has got the beaming smile back again.

Lockdown gave him the breathing space to enjoy life again with his achingly cute French Bulldog Blue who he claims has helped him get fit in body and mind again.

Now Whitlock is the biggest sensation of the Matchplay having KO’d Michael van Gerwen in the most devastating fashion, roaring into a 5-0 lead and finishing the job 11-4.

He told me: “I’m not even surprised I won because I’ve been playing amazing over the break. I’ve played online tournaments and won them.

“The only players I’m losing to are the likes of Michael Smith and Chizzy. I did believe I could beat Michael, I just believed in myself.

“It’s all down to practice and confidence. This break has done me the world of confidence you wouldn’t believe.

“I think I am getting better with age. I’m happy with my set-up for once. Normally I change my set-up, my flights but I’ve stuck with the same for six months now.

“Yes I can win no doubt about it. I’m good enough I know I am. When I produce darts like that I just believe.”

Now Whitlock takes on Gary Anderson in a proper ‘old school’ quarter-final. The Aussie has dumped Ando at this stage before in a major, smashing him 5-1 in the Worlds eight years ago.

But the Wizard also believes that the lack of crowd is another big leveller. He added: “I still threw some bad darts hopefully I can produce another good game against Gary. He’s been a tough guy to beat in the past. I will just play the board again.

“I’ve dreamt about winning another big title and this could be the one again.

“This is probably the third or fourth time coming. You’ve got to work hard at this game, nothing comes easy.

“There’s so many games you lose when you should have won. I never get lucky usually. I just love playing darts and my life, it’s so enjoyable.

“Without the crowds it sort of gives us outsiders a chance. Because the crowd usually get on their favourites and they make a massive influence on the match. No one had an influence on that game, I just played and won fair and square. I can win any game like that.

“Some players love the crowd and the crowd can work for them. I’m an Australian so I don’t often get the crowd behind me. I’m always playing English or Dutch. This can work for me.”