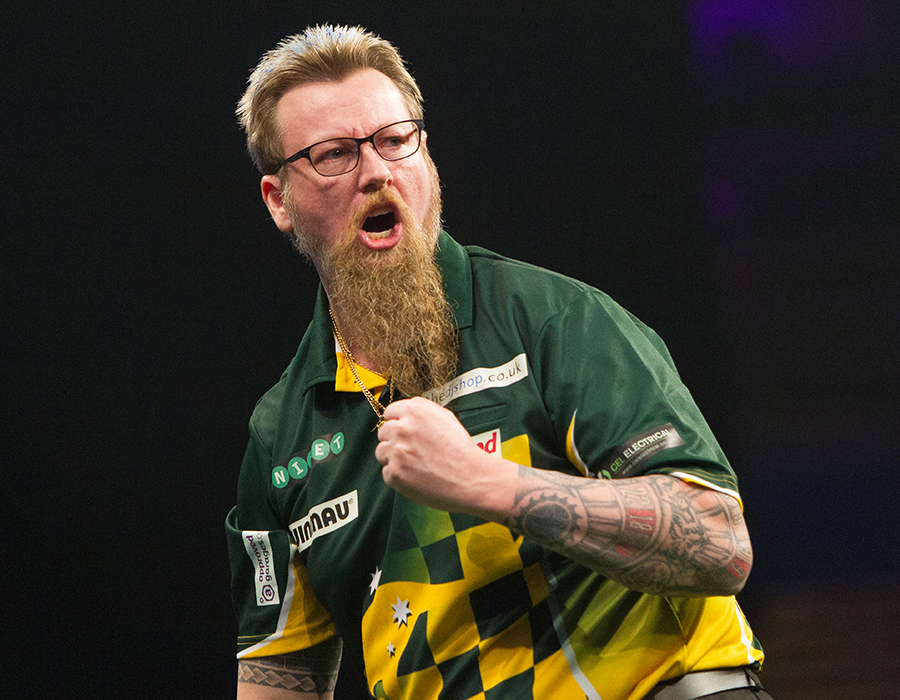 Simon Whitlock smashed in two 170 finishes on his way to a sensational comeback victory over Gerwyn Price last night. The Wizard of Oz saw himself 4-1 down at the hands of an in-form Price before winning the tie 5-4 to claim a last 16 spot.

Whitlock finished the match with a 108.86 average and 62.5% checkout rate in what will certainly go down as one of the greatest Grand Slam matches ever. The result meant both men qualified from their group after Glen Durrant crashed to a 5-4 defeat at the hands of Andrew Gilding.

Whitlock will now face World number 2 Peter Wright, who topped Group E with a 100% record after a narrow 5-4 win over Josh Payne. Payne still qualified himself due to a superior leg difference over Max Hopp and Jim Williams.

Rob Cross and Dimitri van den Bergh both progressed from Group H, with the latter requiring a win over Mark McGeeney to secure his place. The Belgian triumphed 5-1 whilst already qualified Rob Cross defeated Ryan Searle 5-2.

Stephen Bunting eliminated Scott Mitchell with a 5-1 win and ensured he finished top of the group with 3 wins out of 3. Austrian Mensur Suljovic also progresses from his group on leg difference despite losing 5-4 to Martin Schindler.