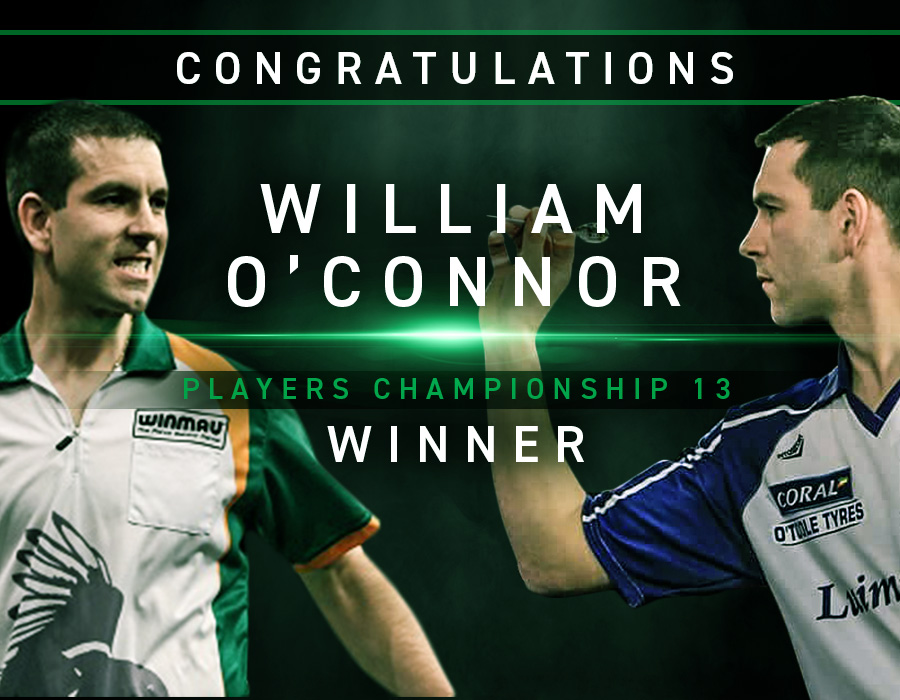 The Limerick thrower enjoyed a fantastic day’s darts, with a peak average of 105.8 against Winmau stable-mate Steve Beaton in the last 16.

He then went on to edge a 6-5 win over Jeffrey de Zwaan before winning 7-5 over Daryl Gurney in the semis, averaging 102.2 in that encounter.

O’Connor has competed on the PDC ProTour since 2011 and this victory over UK Open champion Aspinall which in just his second PDC ranking final. O’Connor previous made a fantastic run to the European Darts Matchplay final in July 2018.

He’s now set to represent the Republic of Ireland for the 8th time in his career in June and the £10,000 prize from yesterday’s tournament will see him rise well in the rankings.

The PDC Pro Tour continues this afternoon with Players Championship 14 in Barnsley.