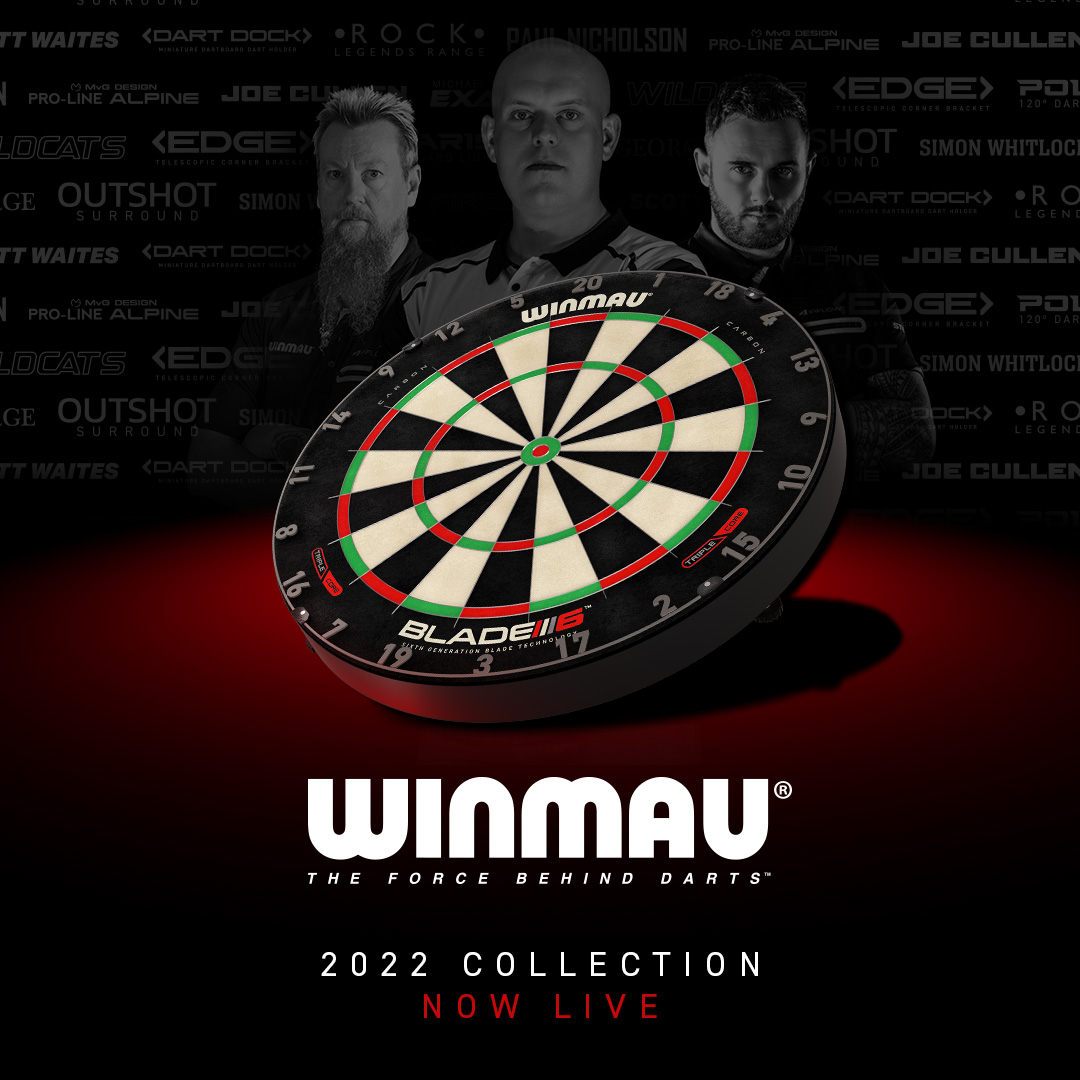 The WDF and Winmau have concluded a superb sponsorship agreement a three-year-deal with Winmau as title sponsors for the 2022 Lakeside WDF World Darts Championship at the Lakeside Country Club, Frimley Green played exclusively on Winmau Blade 6.

The world's top ranked WDF players and Lakeside legends will return to one of sports most iconic venues, with the men's, women's and youth World Championship Final set to be played between the 1st and 9th of January.

Simon Hall Director of Marketing for Winmau added "We have over a 40-year History in the direct sponsorship of global grass roots darts, so when the WDF approached us with their ambitious WDF Major plans, we saw this as a really exciting opportunity for us to help continue growing the game at every level across the World, with The Lakeside being so well known for launching many Major Darts Careers".

The WDF Lakeside World Championships sees 48 men, 16 women, four boys and two girls, take to the stage to battle it out for iconic trophies, and legendary titles that will see players etched in the History of the legends that have come before them.

Current World Champion Wayne Warren is itching to defend his World Champions title, but order of merit leader Brian Raman may have something to say about that.

Wayne Warren said "The simple fact that we have a WDF World Championship on at Lakeside for me to defend my title is simply breath-taking, so much has been said about my last title but it’s time to move on and embrace the new WDF era that could be amazing for everyone in the Sport of Darts".

The ladies’ game is growing from strength to strength and the Lakeside will see the greats of the ladies’ game like Deta Hedman and Anastasia Dombromyslova, and box office reigning World Champion Mikuru Suzuki present to defend her last World Title.

Mikuru said "I was so happy when we heard that the WDF had put on the Lakeside World Championships as it’s so well-known throughout the World and I'd love to lift the trophy there next year!"

President of the WDF Bill Hatter was understandably delighted with the WDF's tie-in with Winmau and The Lakeside World Championships, adding "The WDF has worked with Winmau over global WDF tournaments for decades and we know how hard they work to give the players the best darts experience that they can, no matter what level they play at.

Signing a three-year contract that continues this relationship and will see Winmau boards exclusively used at all our major events, including the forthcoming Lakeside World Championships is fantastic news and we could not have better partners".

The WDF's General Secretary, Nick Rolls, also reflected on the great news for global darts," We know Winmau make World Class Dartboards, but it is the passion they have for the game at every level and that support that sets them out as so different, for the WDF to agree a partnership that means players in all WDF major tournaments get to play on the best boards, and be supported by the brand does of course make me a happy man!"

Tickets for the exciting Lakeside WDF World Championships are now available to purchase online via the following link: https://www.eventbrite.co.uk/o/lakeside-country-club-35506406123