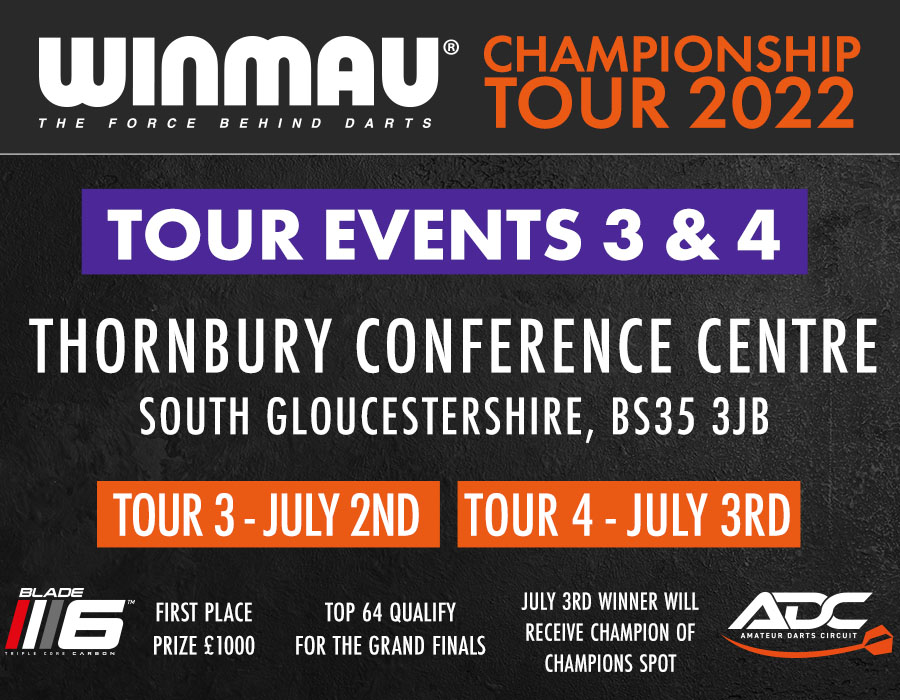 Tony Newell has not played a competitive event since his win in the second Winmau Championship Tour but will return to action this weekend sitting in eleventh in the rankings.

Many players who appeared at Lakeside back in April will make their way to Bristol this weekend including the likes of the Muffin Man Steve Hine and Johnny Haines who went all the way in his match with Thibault Tricole, the runner up to Neil Duff at the WDF World Championships in Surrey.

The legendary and our very own Colin Osbourne will also be there with the prize fund set at £2000 for the winner as well as a valuable 256 ranking points to add to the players point tally. Tony Wood won his very first ADC event last week in Consett, so could we see the veteran go one better and win a Championship Tour.

Former PDC tour card holders Adam Smith Neale and Gary Blades will also be in Bristol with Blades recently winning a grudge match in the very first undisputed series. The event has really drawn attention due to the success the ADC has had since its introduction at the start of the year and Bristol will really give an indication for the rankings and who will be on top at the end of the year.

The Bomber Steve Brown and his son John will appear in the action, as John Brown looks to continue his current winning form in his hometown, winning two Kingswood Bar Round Robin tournaments and losing the recent event to Matt Jackson showing the form of the youngster going into the weekend.

The Patriots title holder Stu Wilson fresh of defending his crown against Tom Cromwell last week in the Botanical Gardens, will also feature in the action at Thornbury Leisure Centre as the action gets underway at midday tomorrow with a plate tournament also set to commence later in the day.

A huge weekend for the rankings with both events taking place on Saturday and Sunday, with the winner of event 4 qualifying for the Champion of Champions in August.