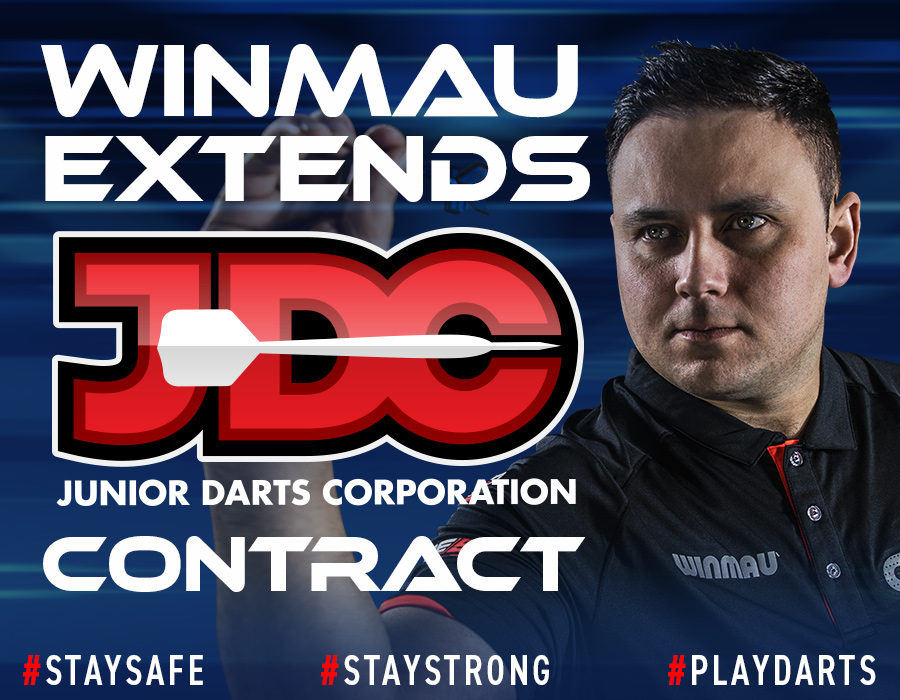 Winmau and the Junior Darts Corporation (JDC) have extended their long-standing relationship to a period that will total 15 years, cementing an exciting future for every junior player in the World of Darts.

Steve Brown Chairman of the JDC said "We've been with Winmau for over 10 years growing specifically the junior game, their passion, knowledge and support is breath-taking for us all involved in the junior game.

“This new agreement is not only significant in so much that it helps safeguard the future of the game at the earliest age, but it has come at a time of such economic upheaval where many other companies would simply not be as brave and we will forever be grateful to Winmau for their unwavering support."

Winmau's initial support started back in the days of the SBDA but soon shifted gears when Steve invented the Junior Darts Corporation, and with it one of the most successful and game-changing grass roots initiatives that has grown rapidly from strength-to-strength.

Simon Hall, Winmau Head of Marketing said "Working with Steve for over 10 years has been a massive privilege as we've managed to bring awareness and engagement around the sport of darts at an age level that was previously overlooked, and to see the JDC's success in attracting both boys and girls from non-darts backgrounds is truly moving.”

“It is this mission that we all at Winmau whole-heartedly support, so that we can all look forward to a brighter future from tomorrow's young stars.”

Winmau and the JDC will be making several key announcements around some exciting programs and initiatives that will engage everyone in the sport of darts and will keep you up to date as they are due to go live.

Keep up to date with the JDC: