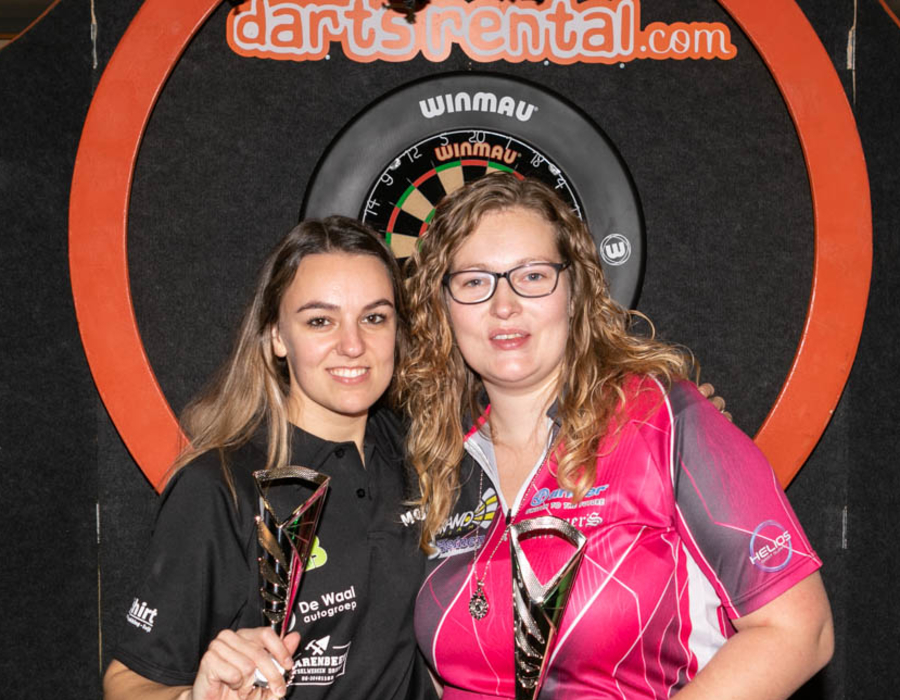 The third event of the Winmau NDB ranking circuit took place on Sunday at “Open Rivierenland” - with the finals broadcast live and free on WinmauTV.

Almost 500 participants took part in the event in a variety of categories, including Men’s A, Men’s B, Ladies, Youth and disability darts classifications.

Aileen de Graaf picked up her second NDB ranking title of the season with a 5-2 win over Sharona Veld. Sharona was playing in home territory at the Riviereland Darts Bond but Aileen controlled the final to lift the Ladies title.

In the men’s tournaments, Derk Telnekes reached his second consecutive NDB ranking final and came up against Dennie Olde Kalter. This time around Olde Kalter was too strong for Telnekes, wining 2-0 in sets (3-2, 3-1). In the men’s B category it went down to a deciding leg as Kevin Vrielink defeated Patrick Bus 4-3.

In the youth competitions Bradley Roes took the Juniors Category with a 4-3 final win over Pim van Bijnen and a 3-1 win over ranking leader Luke van der Kwast in the semis. In the Girls Aranka van der Waals defeated Rosanne van der Velde 3-2 to lift the trophy whilst Tinus van Tiel took the aspirants win with a 3-2 victory over Dylan van Lierop.

Michelovic van Velzen and Pascal van der Hoorn battle out the Paradarters final for the third time on the tour. After the prievous two titles going to van Velzen, van der Hoorn took the 3-2 win on this occasion.

You can view the full results from the NDB here.

The full replay of yesterday’s finals is available below: