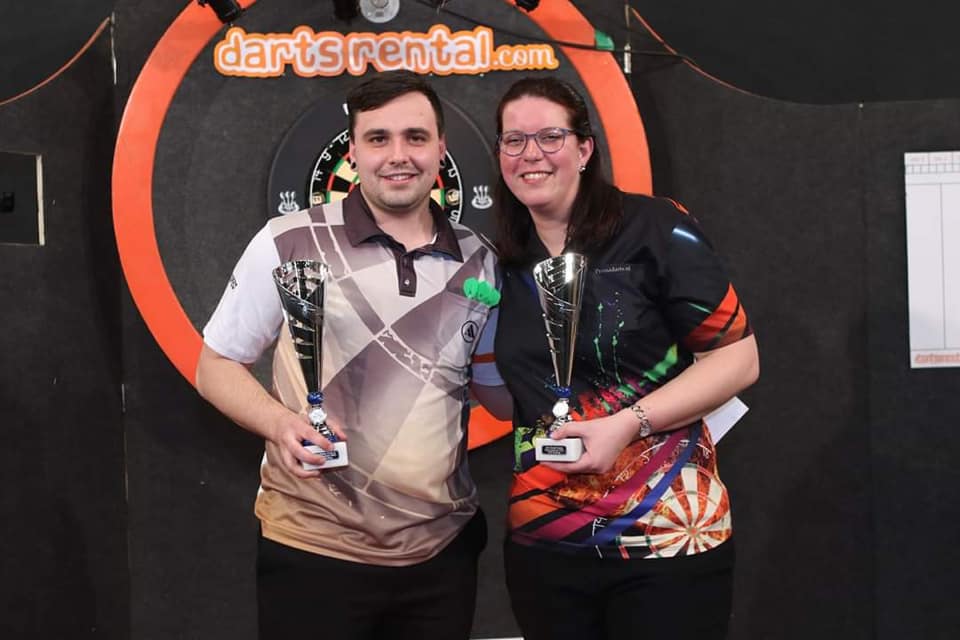 Jeroen Mioch claimed the Men’s A ranking event 5 title last night with an emphatic display in his 2-0 final win, including a 170 finish in set 2. Mioch defeated Luc Peters in that final, who has sealed himself as NDB Men A Ranking Champion 2020 with one event remaining.

Patrick Bus took the Men’s B title with a 4-3 deciding leg victory in the final over Robin Satter, whilst Femke van Zuiden took the Ladies title with a 5-2 win over Astrid Trouwbourst.

Moving on to the Youth, Luke van der Kwast took the Junior’s title as he defeated Danny Jansen in the final 4-3 whilst Massimo Balsamo ran out a 3-0 winner to take the Aspirants title. Once again in the Girls category Leera Rietbergen made the final and she defeated Aranka van der Waals 3-1.

In the Paradarter category Michelovic van Velzen won yet another NDB ranking title with a 3-1 win over Kees Keus. Menno Lammers was then crowned Specials winner with a 3-2 win over Aant Jager.

You can see a full replay of the streamed finals below: