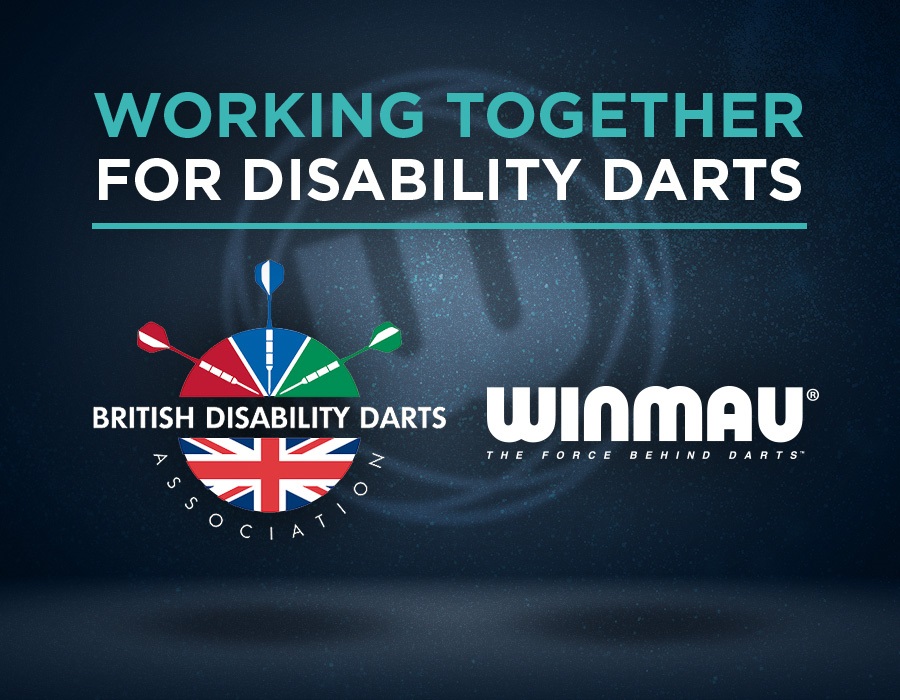 Winmau, the world’s leading darts brand, has further underlined its commitment to disability darts by pledging to support the British Disability Darts Association (BDDA) for a further six years.

Formed in 2015, the BDDA has grown rapidly to 70 registered players, many of whom have enjoyed success at the highest levels of the sport. The BDDA England team won the WDDA Winmau World Cup in 2019 with the BDDA Wales team coming second.

Individually, its players have competed at the highest level in the sport with Ricky Chilton, Kevin Turner and Michael Davies all being crowned WDDA Winmau World Masters champions.

“Without Winmau’s support, it’s hard to imagine the BDDA being where it is today,” says Sarah Smale of the BDDA. “Not only has Winmau provided us with equipment of the highest quality, they are a constant source of guidance and advice and have helped us make many important connections and introductions to put British disability darts on the map. By sponsoring our tournaments, and many others around the world, Winmau provides our players a platform to compete on and to help spread the word that having a disability does not mean you cannot compete at the highest level.”

Ian Flack, Winmau’s Sales and Marketing Director, adds: “The BDDA’s players, and many other players with disabilities around the world, are incredibly gifted and it is an honour to continue our support. Sarah and her colleagues have worked tirelessly to put the BDDA where it is today and it is testament to their hard work that many of the world’s top players with disabilities are affiliated to the organisation. I’m delighted we are able to continue our relationship for the foreseeable future.”