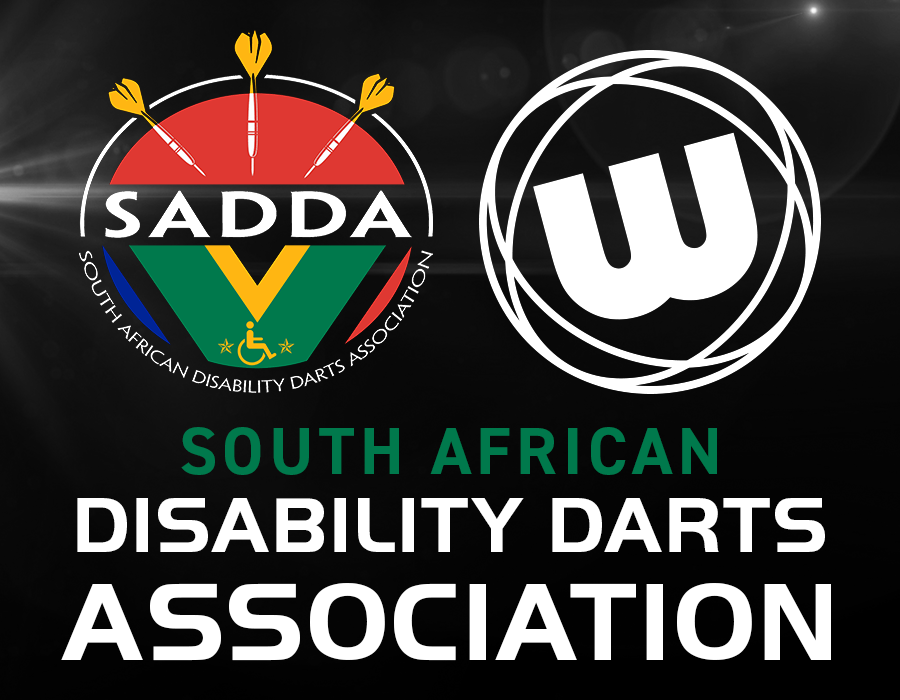 Winmau, the world’s leading darts brand, has announced it is to sponsor the newly formed South African Disability Darts Association (SADDA), in a three-year agreement along with Sportsmans Warehouse, its distributor in the country.

Though affiliated to the World Disability Darts Association (WDDA) in 2016, the SADDA was formed officially just over six months ago with the appointment of Stephen Maphike as President.

“At this stage we have wheelchair and standing categories, using equipment provided by Winmau. Our mission is to make darts accessible to people with disabilities across all of South Africa with the aim of making it as big as mainstream darts. We are also working towards encouraging the government to recognise the SADDA and support our players so they can more easily attend international events.”

Prior to being formed officially, the SADDA has participated in the South Africa National Corporates tournament for the last two years with the 2019 event scheduled to take place in Kwa-Zulu Natal in September.

In addition, the organisation fielded a team at the WDDA Winmau World Cup in Belgium in February and participates in the Arnold Schwarzenegger Sports Festival each year.

“Disability darts is growing in popularity and, as a result, the standard of our players is increasingly all the time,” says Maphike. “We are building towards a team to compete in the 2020 Pan Pacific Cup in New Zealand as well as the 2021 WDDA Winmau World Cup.”

Ian Flack, Winmau’s Sales and Marketing Director, added: “Stephen and the SADDA have worked incredibly hard to put disability darts on the radar in South Africa. Sending a team to the WDDA Winmau World Cup was a huge step forward. I’m delighted we are able to support the SADDA and I’m sure it won’t be long before we see its players competing all over the world on a regular basis.”

If you would like more information on the SADDA, or would like to assist the organisation, Stephen Maphike can be contacted at sdmaphike@tsamail.co.za

For further details with regard to the Winmau range in South Africa, please visit the Sportsmans Warehouse website: www.sportsmanswarehouse.co.za or contact customer care at 0800 003 051.