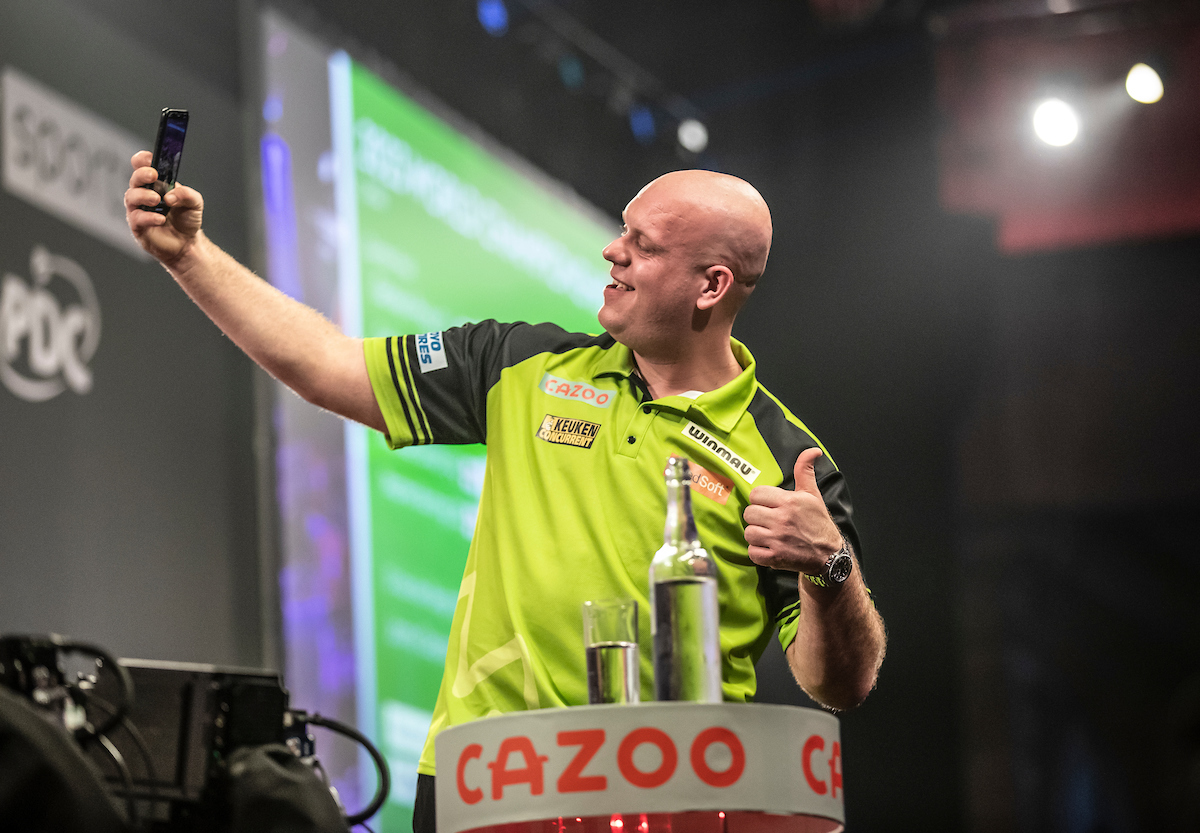 The Winmau man has averaged over a ton in all three of his matches so far, scoring 100.42 over the five sets with the Aubergenius including a checkout rate of 43.33% at the Alexandra Palace.

The Dutchman included finishes of 88 and 91 to take the opening set without reply, breaking the World Number 14’s throw twice on the world stage.

Van Gerwen continued to cause problems for van Duijvenbode in the second set, as he broke his compatriot’s throw on two occasions again in the match, going two away from the win with a 3-1 victory.

The former Grand Prix runner up found the more 180’s of the two Dutchman in North London, hitting six of the nine maximums over the course of the tungsten tussle.

The Titan won the third set with a break of throw in the fourth leg of the third set, as the reigning World Matchplay champion found a 112 checkout to take the second leg on throw.

The World Number 3 won a fifth and deciding leg to go in at the third interval 3-1 ahead, throwing the only maximum of the set in the decisive final leg to leave double twelve from 204.

Van Gerwen found his highest checkout of the match, finding tops with his last dart to complete a 120 finish as he took the fifth set without reply from his opponent, booking his place in the Quarter Finals where he will face Chris Dobey.

Hollywood defeated former World Champion Rob Cross 4-2 in the opening match of Day 13’s evening session, with the World Number 22 averaging 102.13 and including eight maximums, as he books his spot in the Quarter Finals for the first time on his fourth attempt.

Day 13 brings an end to the 2022 darting year, with the tungsten drama returning on New Year’s Day as the 2023 Cazoo World Darts Championship enters the Quarter Final stage.