World Championship Quarters - MvG through To The Semis 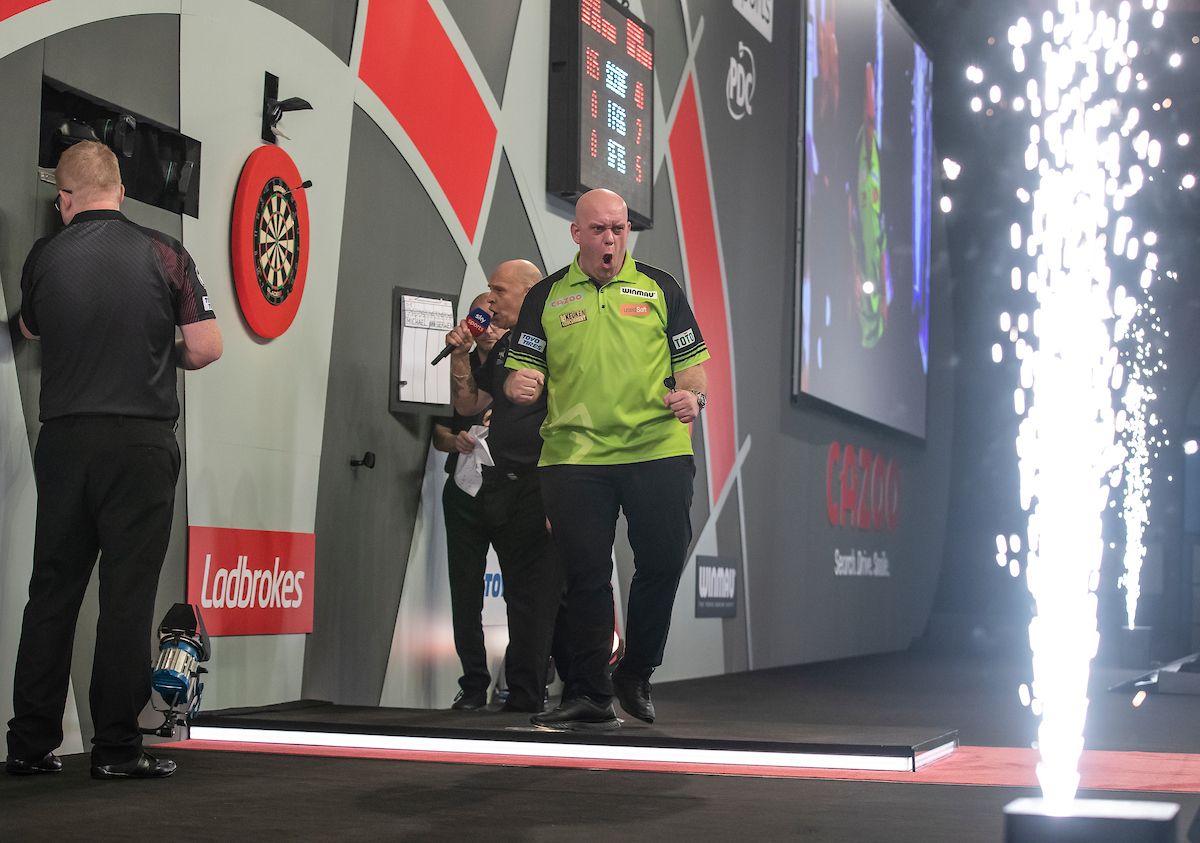 World Championship Quarters - MvG through To The Semis

World Number 3 and Cazoo 2023 World Darts Championship favourite Michael van Gerwen raced into the Semi Finals at the Alexandra Palace, after beating Chris Dobey 5-0 including an average of 102 whilst dropping just three legs all match.

The Winmau man is on the hunt for a fourth World Title and opened emphatically averaging 107.13 in the first set of the contest. MVG broke the throw in the fourth leg of the match to take the lead in the Quarter Final, with his opponent appearing in his first Last 8 clash on the world stage.

The Dutchman continued to dominate proceedings in set 2, breaking in the very first leg to gain the initiative straight away with an average of 103.14 over the four legs played.

Van Gerwen averaged over 100 yet again in set three, winning the set without reply from the World Number 22 and breaking the throw in the contest during the second leg.

The Vlijmen born darting superstar claimed the fourth set and closed out the fifth set with an average of 106.04, including a 152 checkout in the second leg to break throw and go 501 points from a place in the Last 4 once more at Ally Pally.

The former three-time World Champion missed just two darts at double in the fifth set and closed out on double five to set up a Semi Final clash against Dimitri van den Bergh, with the pair already meeting in the Semi Final of this year’s World Matchplay: a contest MVG won.

Michael Smith continued his hunt for the Sid Waddell trophy having lost the Final twelve months ago, after fighting off a spirited Stephen Bunting 5-3 to reach the Last 4 in North London. Bully Boy will face Gabriel Clemens in the opening match on Monday, with the German Giant beating Gerwyn Price 5-1 to make more German darting history.

Semi Finals night gets underway on Monday live on Sky Sports from 7:30pm, with World Number 4 Michael Smith opening the night against Gabriel Clemens with the matches now at a best of eleven set format.