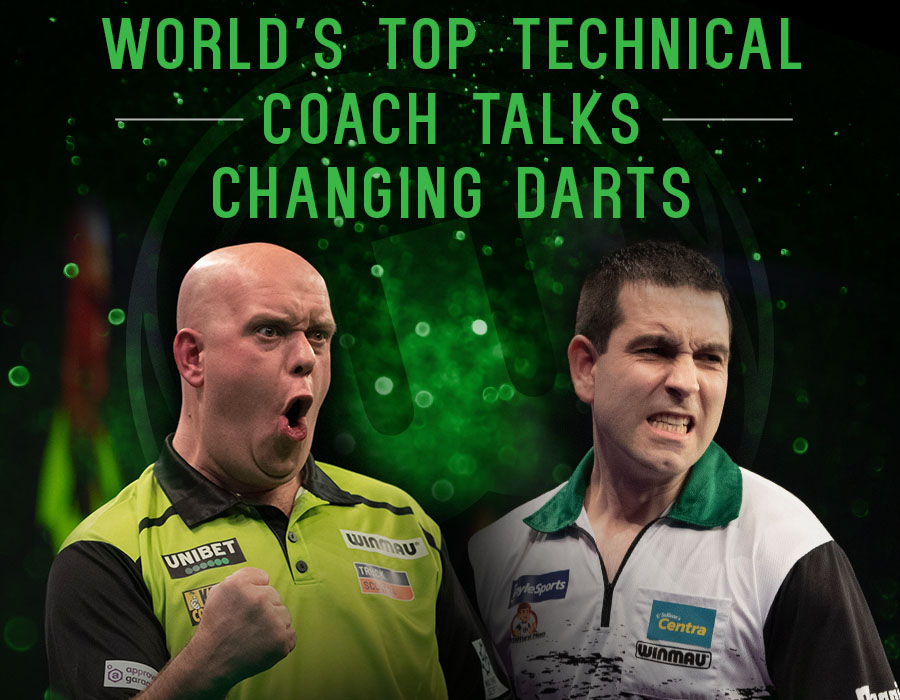 World no.1 Michael van Gerwen takes on home town contender Willie O’Connor in the Premier League this week, in what is sure to be an electric encounter in Dublin.

It’s no secret Michael has been changing to new darts, so ahead of this week’s game we analysed with the World’s top technical coach to see what we can expect in MvG’s journey to finding his new dart and what the short-term and long-term effects can be.

MvG changed darts manufacturer to Winmau on 2nd January 2020 in what was a massive launch for the company and also a huge re-brand for Michael, who’s own design concepts and work has lead to the inception of the MvG Design range.

In conjunction with Winmau, Michael has been working extremely hard to find his new dart and seems to have settled on a set that is based around his Authentic range. The reason Michael has looked to change his darts is that he knows he has an extra gear he can find in his game and wants to produce that week-in, week-out.

So we asked Steve Feeney, SightRight technical coach, what his views were on the progress to date and Steve said “When you are looking at someone as naturally talented and gifted as Michael van Gerwen, you’d expect them to simply to throw any dart with relative success and in some ways that is the case”

“But when you throw into the mix the pressure that Michael is under now he’s with a new manufacturer and the pressure that he is under to maintain his amazing major record, it’s very easy to see why changing darts can be a difficult task”

Steve also went on to say “However, looking at his performances from the start of the year, we can see that the changes he has made have already began to look and feel more natural in his throw and you can see the performances improving week-on-week as his confidence grows” 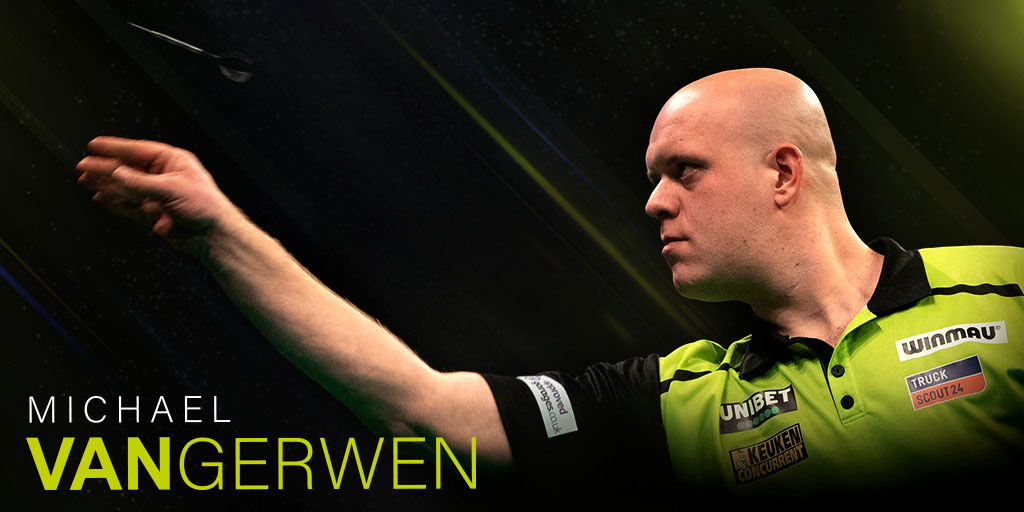 Michael’s stance and alignment in his throw is very unique to his game which allows him to be anchored in a way around the oche that not many other players get near to achieving. Any person will find that if they try to get into the stance that Michael adopts, it’s physically difficult to replicate and adapt to.

Michaels grip is also unique to the Dutchman, with his thumb positioned very far to the rear of the barrel and pointing directly in the rear. This propulsion from the rear and consistent grip is what allows Michael to keep his free-flowing and fast rhythm in his game.

Ahead of his match with Willie O’Connor, Michael said “I’ve now used 4 or 5 different sets seriously in practice and tournaments to see what darts I’ll be using in the future. It’s very important to understand the feel and confidence in my darts in those pressure situations during competitive tournaments”

“The darts I’m using now, which are based on my Authentic ring-grip are performing the best for me under pressure and I’m feeling more confident with them, but I know there’s still a lot more work to do and a lot more to come from me on the oche”

Steve Feeney believes it’ll be a quick and smooth transition for the World no.1, saying “Looking at his performances, body language and how happy he is on the oche at the start of this year, you can expect these changes to be very quick in becoming effective and see Michael performing back at the very, very top of his game again soon.

“When we look at the peaks of Michael’s performances you can see them consistently moving up, something that was evident this weekend where he hit a phenomenal 23rd 9-dart finish of his PDC career.”

Michael’s darts have been a massive talking point in the game all around the World, as it’s exciting for everyone to see how difficult it is to change their darts and what it entails. We’re excited to be part of this journey of Michael’s as he looks to pick up even more major titles.

Night Four will be broadcast live on Sky Sports in the UK, on PDCTV for Rest of the World Subscribers and through the PDC's worldwide broadcast partners including DAZN and RTL7.