The Asset - A Point to Prove 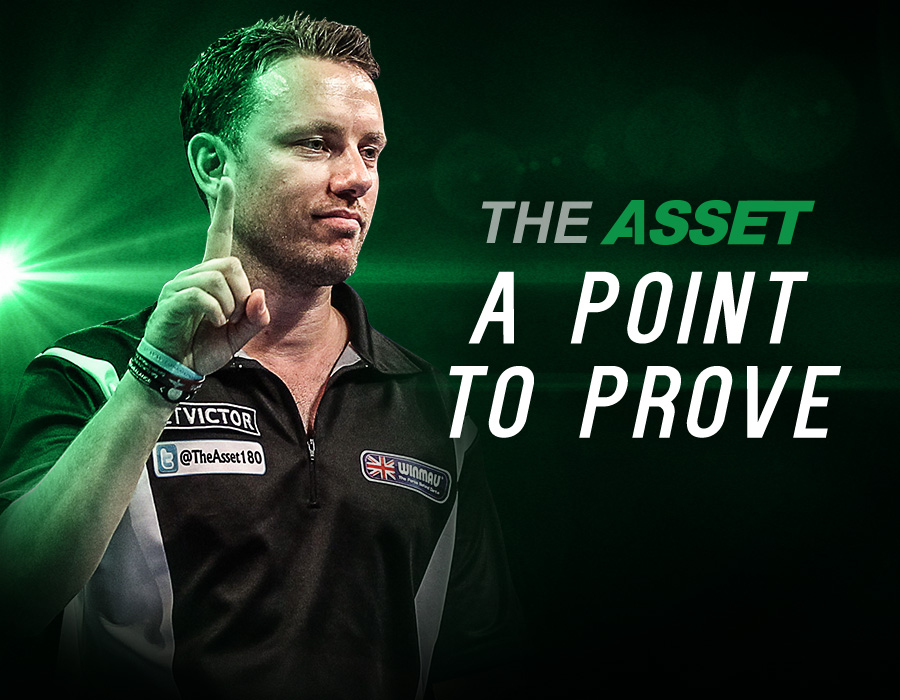 The Asset - A Point to Prove

Paul Nicholson is back and ready to prove a point on Dart’s biggest stage - making a hard fought return to the PDC World Championships this year, after a 4 year absence.

Since regaining his Tour Card at Q-School in 2017 Paul has battled back into the top 64. This is largely thanks to strong performances on the European Tour, including a run to the Gibraltar Darts Trophy semi-final in June.

‘The Asset’ has been through tough times both on and off the oche in recent years. However, Paul’s return to the limelight has been nothing short of inspirational this season.

Paul has claimed multiple PDC ranking titles during his career and became a PDC Major winner in 2010 when he lifted the Players Championship trophy. 2012 saw a run to the World Cup of Darts final with fellow countryman Simon Whitlock, followed by back-to-back European Tour finals the year after.

2014 was the year where things would begin to catch up on Paul, on and off the oche. The Australian had always been renowned for his passion and stage presence, sometimes boiling over and labelling him with a ‘bad-boy’ reputation.

Paul recalled his persona in an exclusive interview with Winmau earlier this year; ‘All I wanted to do with the image was bring some unpredictability, some aggression and some showmanship for the fans.’ He stated. ‘I felt that having a little bit of nastiness helped me at the start of my career, but it fast became derogatory to my mental health and my personal life.’

Struggles with injuries had also become a big factor that saw a decline in Paul’s game, and changes had to be made to his lifestyle and practice.

‘Due to injuries to my neck, shoulder and throwing wrist, I have had to make changes. I used to love doing high intensity training to stay fit, but that has had to go by the wayside now, and these days it’s all about yoga which is good for injury prevention and excellent for my mind.’

Eventually these factors led to Paul slipping out of the top 64 and forced him to return to Q-School in 2017 to continue on the ProTour. He re-claimed his Tour Card at the first attempt and has been steadily rising to back to the pinnacle of World darts ever since.

Nicholson’s throwing action has always been a joy to watch and since teaming-up with Winmau in 2015 we’ve worked closely with him to adapt his signature barrels to perfectly suit changes in his grip and follow-through.

When asked about his latest grip, he explained ‘I needed the grip to be more consistent along the whole length of the dart and focused in the middle of the barrel. The grip that the engineers recommended for me was spot on. I wanted something aggressive but not too aggressive and the current grip pattern suits me perfectly.’

His determination to adapt and succeed has paid dividends and we cannot wait to see him back where he belongs come December 13th - on the Alexandra Palace stage locking horns with the best in the World. Good luck Paul!