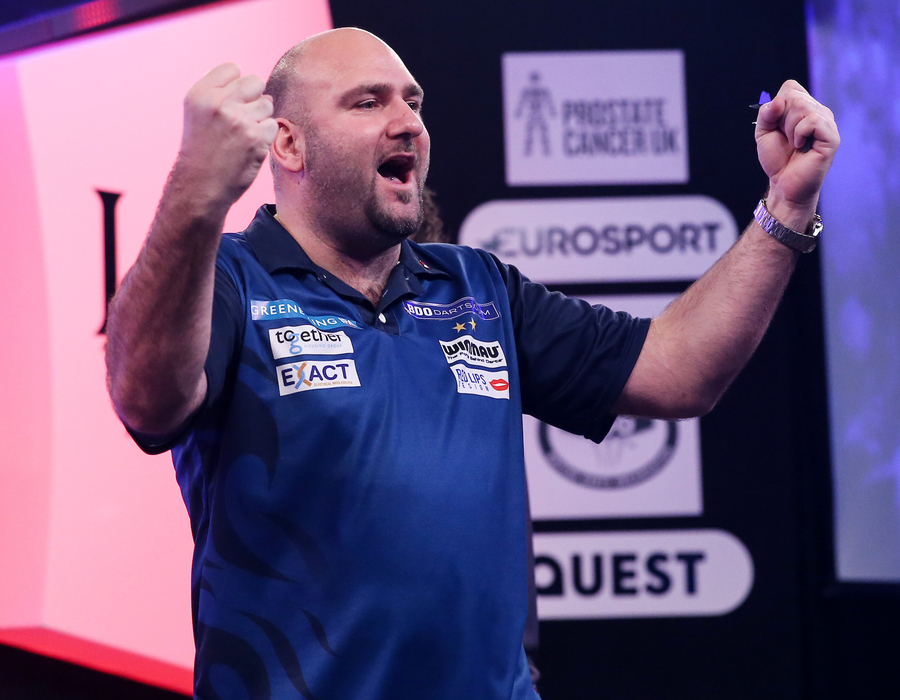 The Yorkshireman fell to an early 1-0 deficit as Veenstra  took the opening set, but Scotty 2 Hotty  moved up a gear to take 4 consecutive sets with the aid of a 160 checkout.

Trina Gulliver MBE also got her 2019 Lakeside campaign off to a winning start as she defeated Karolina Podgorska 2-1. The match went all the way to a last leg decider as Trina nailed double five in the final leg to book a showdown with Lorraine Winstanley.

Elsewhere rising German sensation Michael Unterbuchner whitewashed Wayne Warren 4-0 in sets to face Willem Mandigers in the quarter-finals. Mandigers booked his place in the quarters with a 4-2 win over fellow Dutchman Wesley Harms.

Jim Williams mirrored Unterbuchner’s whitewash win as he defeated Dean Reynolds and there was a shock exit for Mark McGeeney, as he was also demolished 4-0 by Conan Whitehead.