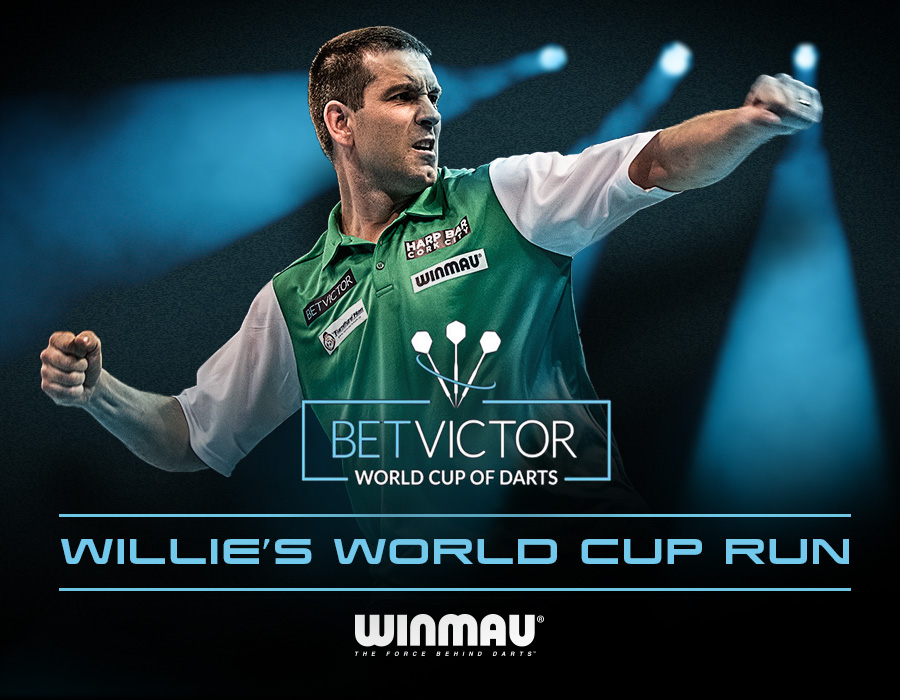 William O’Connor stunned the World with a display of darting excellence en route to powering the Republic of Ireland into Sunday’s World Cup of Darts final in Hamburg.

The Republic of Ireland were eventually defeated in the final 3-1, but after clocking up shock wins over England, Austria and the Netherlands, the duo claimed the hearts of the darting World.

Willie, a Winmau player for over 5 years has often shown glimpses of his deep natural talent, as we saw in his recent debut PDC ranking title win at Players Championship 13.

O’Connor shocked Rob Cross in the second round of the tournament and was threating to break the record PDC televised average. In the end the Irishman had to settle for a magnificent 115 average, as the shell-shocked Rob Cross posted a valiant 109 average.

Willie said, “It’s a dream come true for me to represent the Republic of Ireland in the World Cup of Darts, let alone getting to the final and I’m so privileged to have played with such a fantastic partner in Steve Lennon. It’s a week that we’ll never forget”.