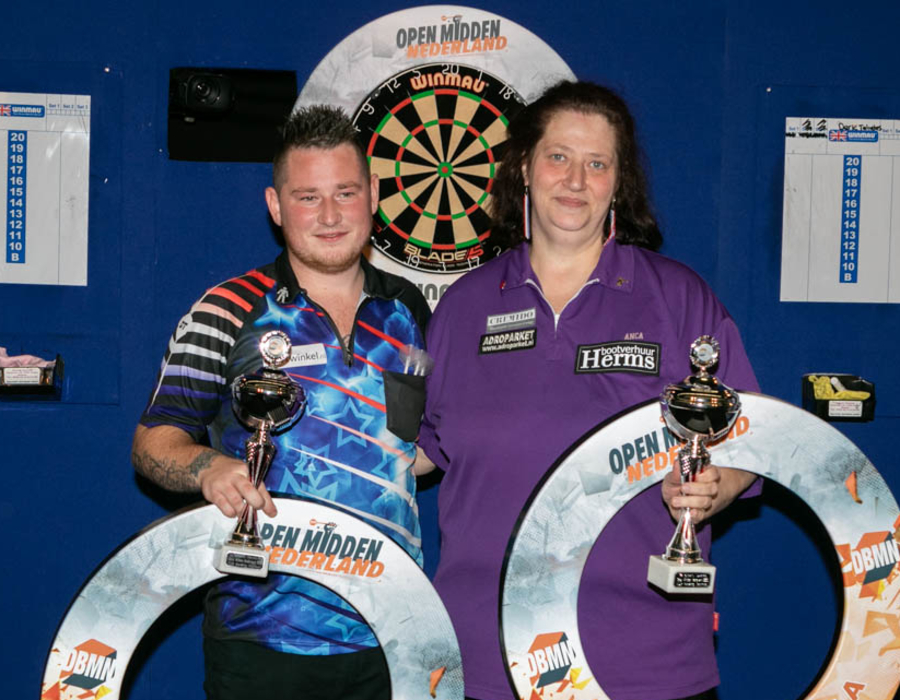 The second event of the Winmau NDB ranking circuit took place yesterday at “Open Midden Nederland” - with the finals broadcast live and free on WinmauTV.

Over 500 participants took part in the event in a variety of categories, including Men’s A, Men’s B, Ladies, Youth and disability darts classifications.

In the men’s tournaments, Derk Telnekes defeated Luc Peters 3-2 in the Cat A final whilst Antonio de Weerd was Men’s B winner after a 4-1 final win over Siete de Jong.

You can view the full results from the NDB here.

The full replay of yesterday’s finals is available below: