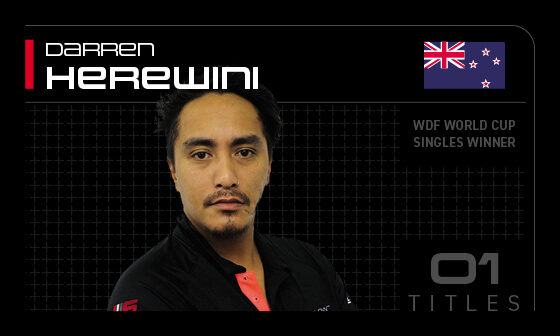 29 year-old Darren Herewini from Wellington is one of New Zealand’s most prominent darting stars.

Herewini, a proud Maori, lifted the 2019 WDF World Cup Singles title, for New Zealand. This win took him into the top 32 of the WDF.

Prior to this, Darren’s most notable match was when he faced Phil Taylor in the PDC World Series. While he did not win the game, Herewini announced himself on the world stage.

Apocalypse is relatively new to the game, only playing competitively for three years & quickly rising through the ranks. If he continues to improve at his current rate who knows where he will end up.