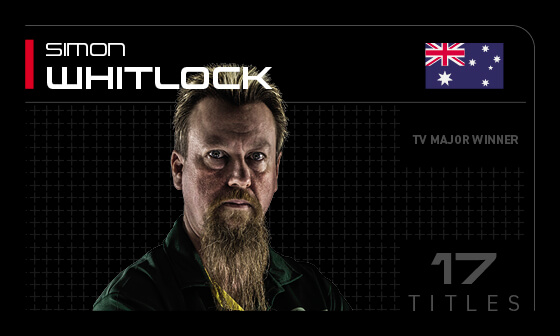 Simon Whitlock – the darting wizard who blew the roof off the Alexandra Palace in 2010 with his blockbusting high checkout finishes and devastating power scoring is a man on a mission.

After mostly plying his trade in his native Australia, Simon is now fully committed to playing the full PDC tour. Great news for dart fans – who will now get to see more of this highly talented and explosive player, but not so good news for opposition players – who will no doubt soon be wishing that this brilliant darting wizard would walk up the yellow brick all the way back to the land of Oz.

Whitlock has since lifted the 2012 European Championships, Toured in the PDC Premier League and won numerous ranking titles throughout his career.