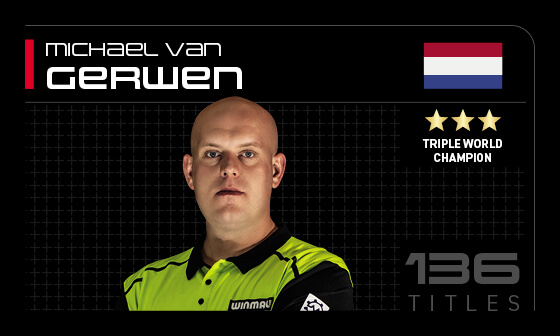 Despite being in his early thirties and having decades remaining of his career, Michael van Gerwen has already firmed cemented his name in the history books of darts.

Michael has won everything there is to win in darts, including 3 World Championships, 3 World Matchplays, 6 Premier Leagues and the Winmau World Masters title at just 17 years old, the list goes on.

The Green Machine has been one of the most dominant forces in modern darts, holding the position of World Number 1 for a record 7 years.

Following Michael’s move to Winmau, he tried several different sets of darts, before choosing the darts he would stick with, his Exacts. These revolutionary darts are match-weighed to a precise 21.5 grams, allowing Michael to hit the target every time.