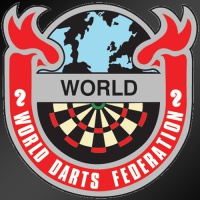 The global popularity of darts continues to build, as evidenced by the 370+ players who have registered to take part in the Winmau-supported Romanian Darts Festival at the 5 star Intercontinental Hotel in Bucharest, January 26-28. The number of participants is set to rise further, as there’s still time to enter before the January 24th deadline!

The good news for darts fans worldwide is that all the action from the men’s and ladies finals on Sunday, 28th January will be available LIVE and for FREE via Winmau TV (http://www.winmau.com/sec/1391/WINMAU_TV/ ) starting at 17:00 local time (15:00 UK) with commentary in Romanian.

The country’s top players will line up against those from across Europe, including this year’s Lakeside semi-finalist, Michael Unterbuchner from Germany, and quarter-finalist, Welshman Wayne Warren. Players will compete for the Romanian International Darts Open and Romanian Classic Darts Open, with both tournaments carrying vital BDO and WDF ranking points along with a total prize fund of over 15,000 euros.

As an added bonus, the Men’s and Ladies champions will gain entry into the oldest major competition in world darts – The Winmau World Masters.

“It never ceases to amaze me just how increasingly popular darts is becoming all over the world,” says Ian Flack, Winmau’s Sales and Marketing Director. “The Romanian Darts Festival is a fantastic event and attracts some of the biggest and best names in the sport. I’m sure this year’s event will be a huge success and I’m glad we are able to support it and cover all the action on Winmau TV.”

More details on the tournament, including how to enter, are available at www.federatiedarts.ro

For details of the Winmau 2018 Collection in Romania, please contact their distributor Darts Shop Romania: vlad84popa@yahoo.com