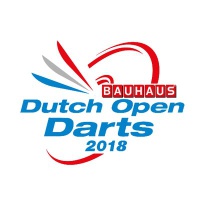 Scott Mitchell of England and Aileen de Graaf of the Netherlands have topped the 2017 World Darts Federation Rankings presented by Winmau.

This is the second consecutive WDF Ranking title for de Graaf and the first WDF title for Mitchell. The 2017 WDF Ranking System presented by Winmau has awarded over $23,000 to a total of 48 Men, Women, Boys and Girls from 15 countries, including players from Iran, Poland and Mongolia for the first time.

Winners of the 6 Youth regions will also be rewarded with a set of darts from Winmau. There were 78 Mens and Womens events and 61 Youth events contested in 37 countries included in the 2017 rankings.

“The WDF would like to thank Ian Flack and Winmau for their support of the WDF World Rankings and their continued support of the Sport of Darts.” Stated WDF Vice President Buddy Bartoletta.