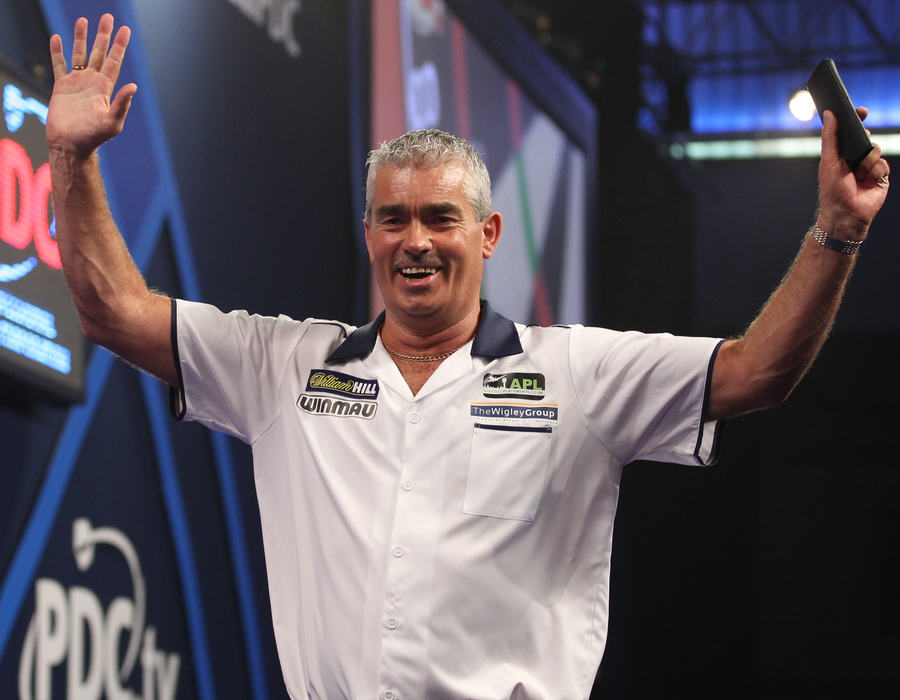 Steve Beaton is set to make his 19th consecutive PDC World Championship appearance and faces the winner of Kyle Anderson and Xiaochen Zong in the second round at Alexandra Palace.

Elsewhere Daryl Gurney will begin his campaign against Justin Pipe or Benjamin Pratnemer whilst Simon Whitlock takes on the winner between Harry Ward and Madars Razma.

The draw was made on Monday for the 2019/2020 William Hill World Darts Championship, which will see 96 of the world's best players competing from December 13 - January 1 for the Sid Waddell Trophy and £2.5 million in prize money.

The top 32 players from the PDC Order of Merit enter the tournament seeded at the second round stage, topped by defending champion Michael van Gerwen.

The first round will feature 32 qualifiers from the ProTour Order of Merit, based on prize money won across 43 non-televised events in 2019, and 32 international qualifiers.

Reigning champion Van Gerwen will begin his bid to retain the title for the first time against either fellow Dutchman Klaasen or Burness, who qualified for the event through the last-chance PDPA Qualifier earlier on Monday.

Steve Beaton makes Daryl Gurney will begin his campaign against Justin Pipe or Benjamin Pratnemer whilst Simon Whitlock takes on the winner between Harry Ward and Madars Razma.

Rob Cross, who sensationally won the event on his Alexandra Palace debut two years ago, is set to face either Belgium's Kim Huybrechts or Dutch youngster Geert Nentjes.

Japan's Mikuru Suzuki and England's Fallon Sherrock are the two women to qualify for this year's event and they will face James Richardson and Ted Evetts respectively in round one.

The 2019/2020 William Hill World Darts Championship will be broadcast live on Sky Sports and through NOW TV in the UK, on PDCTV-HD for Rest of the World Subscribers and through the PDC's worldwide broadcast partners including DAZN and RTL7.