BLADE 5 – The World’s Most Advanced Dartboard 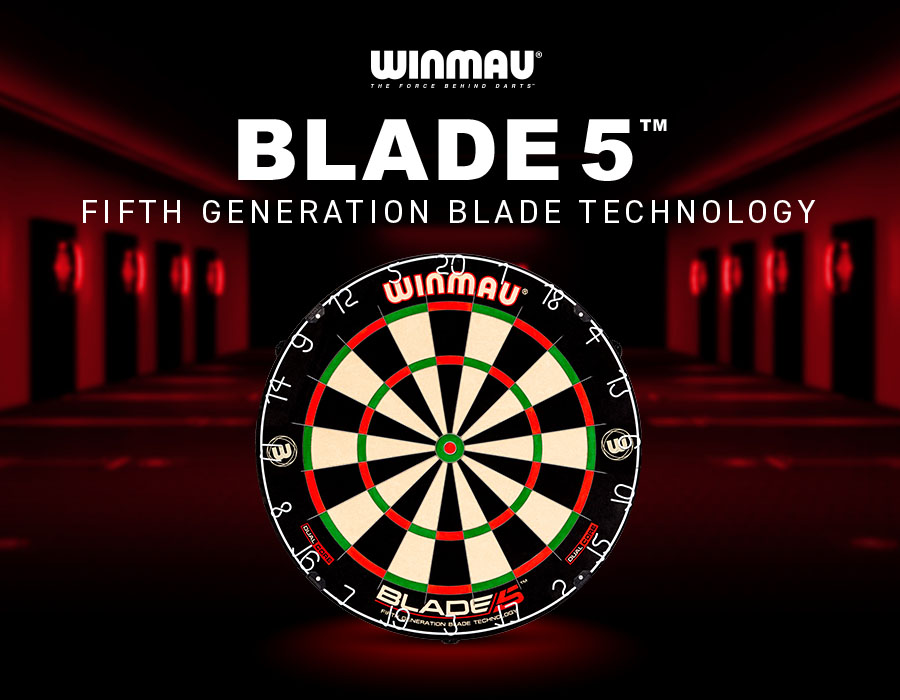 BLADE 5 – The World’s Most Advanced Dartboard

In the last week of our look back through the history of the Blade family, we are looking at the current generation dartboard, the Blade 5.

The Blade 5 picked up where the Blade 4 left off, with Winmau’s patented Dual Core concept once again featuring.

The Blade 5 and Blade 5 Dual Core, took over from their predecessors and instantly became market leaders.

The Blade 5 pushed the boundaries of dartboard technology to its limits with the updated Blade wiring system. It allowed for an extra scoring area of 6mm2 in the trebles and an extra 9mm2 in the doubles.

That meant an overall reduction in the web surface of 14%. All of this was aimed at increasing scoring potential.

Blade 5 also saw the return of the revolutionary Dual Core concept. Just like on the Blade 4 Dual Core the Blade 5 Dual Core had lower compression at the outer core, allowing for fewer darts lost, and higher compression in the inner core, increasing the dartboard’s durability.

Not only was the wiring system thinner, but it was also 20% stronger. The increase in the Ultimate Tensile Strength of the Dynamic Sector Wire was designed to help guide dart points into the scoring beds.

This was the first time that the bullseye and outer bull wires had been hardened, using a specialist ‘Advanced Heat Treatment’ to gain the desired effect.

Three-time World Champion Michael van Gerwen said, “the Blade 5 was a huge step forward in dartboards. The technology and passion that Winmau’s team put into every board is phenomenal, and this is why I love using the Blade 5.”

Another returning feature on the Blade 5 was the unique Rota-Lock fixing system. Now however, this would feature on all Blade 5 boards, not just the Dual Core. Making it easier to fix every new Blade board to almost any surface.

Winmau legend Bobby George added, “dartboards have come a long way since I first started playing. The evolution of the Blade family has changed dartboard technology forever. I can’t wait to see what Winmau come up with next!”