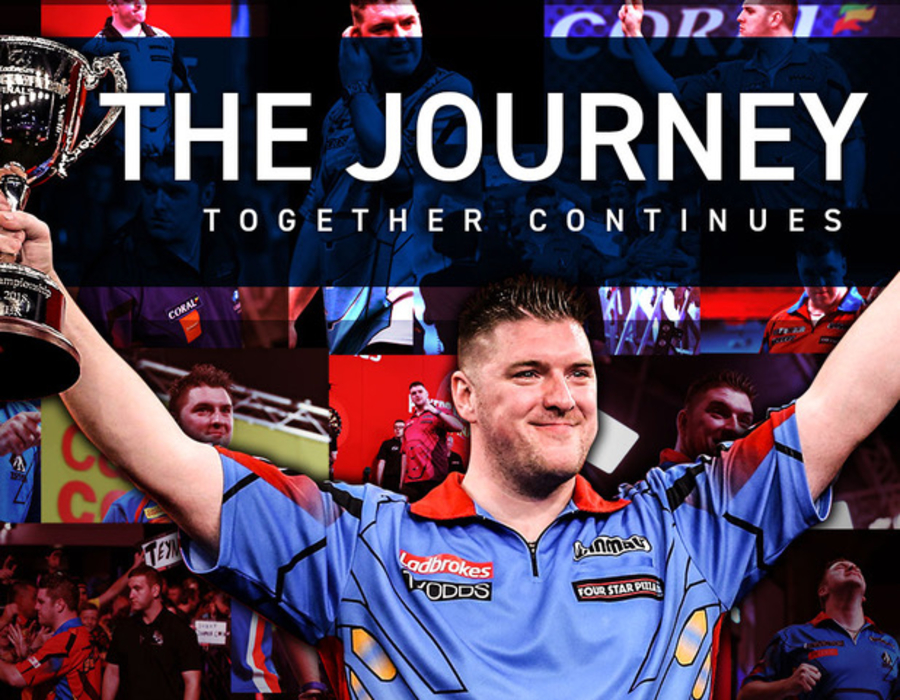 World number 3 Daryl Gurney has extended his sponsorship with Winmau, signing a new 5-year extension that sees him stay with the world’s leading global darts brand until 2024.

The popular Northern Irishman started with Winmau over 5 years ago, and has since developed from a bright, promising talent into the world-renowned darts professional that we know today.

In addition to these superb achievements, Daryl has won the 2019 German Darts Championship, a Players Championship title and has multiple PDC major semi-final appearances under his belt, amongst other titles.

When Gurney signed his first official sponsorship contract with Winmau, the Londonderry star was 26th in the PDC rankings, but it was already clear to see the potential that he harboured before that.

Gurney’s first big televised break was an appearance at the BDO World Championships in 2009, where at the age of just 22 he made his way to the Last 16.

“Daryl’s talent was well known to us even before he earned his spot on the PDC global tour, and we saw that he had the potential to make a big impact on the World darts stage”, stated Winmau’s Head of Marketing, Simon Hall. “It’s always been a pleasure working with Daryl since those early years and assisting with his journey to the top of World darts”.

In 2013’s edition of PDC Q-school, Daryl earned his tour card on the second day and ever since has continued to rapidly rise up the PDC rankings - now sitting at World number 3 just six years later.

“His throwing action is one of the finest in the game, which provides Daryl with outstanding consistency on the oche”, said Simon Hall. “Consistency that will ensure much more future success for Daryl, and here at Winmau we are delighted that we will continue our partnership to help drive him forward at the peak of World darts”.

Now in 2019, Gurney has cemented his place at the higher echelons of the PDC rankings, becoming a regular favourite for every major tournament in the tour calendar.

Daryl Gurney said, "It’s amazing to see how far I've come in what seems such a short space of time, but the darts standard on the World PDC tour is so high that you cannot sit back at any moment, which is why I'm so happy that I'm continuing my journey with Winmau and hopefully even more success".

Daryl’s walk-on has become iconic amongst darts fans across the World as they belt out “Sweet Caroline” throughout the year at PDC major tournaments, including the Premier League of Darts and we look forward to seeing Daryl compete at the highest level for many years to come.