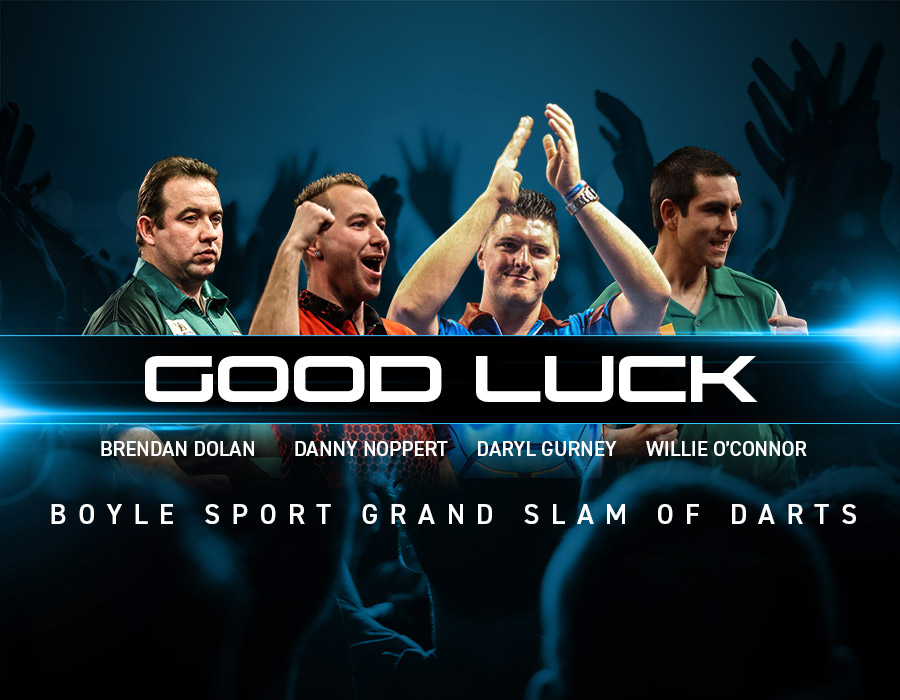 The Grand Slam of Darts 2019 gets underway tomorrow from Wolverhampton’s Aldersley Leisure Village across the 9th-17th November.

The Grand Slam has become one of the biggest event’s on the PDC calendar, pitting the PDC’s top ranking winners and runners-up against a further 8 tour card qualifiers and 8 BDO representatives.

Danny Noppert’s outstanding performance at the World Series of Darts final earned the Dutchman a last-gasp spot at the Grand Slam of Darts as the runner-up of the tournament. It will be Noppie’s third appearance at the Grand Slam and he has been drawn in Group F along with Peter Wright, Ryan Harrington and Wayne Warren. Danny will be confident of pushing deep into the knockout stages if he can repeat his performances from last week, along with utilising past experience in Wolverhampton to his advantage.

Northern Ireland’s World Cup partners Daryl Gurney and Brendan Dolan will meet in Group G after Brendan breezed through the PDC Tour Card qualifiers for his spot on Monday. Gurney earned his spot at the end of 2018 as Players Championship final winner and both men will be targeting a knockout round place by advancing out of the group that also contains Gabriel Clemens and Richard Veenstra.

William O’Connor made a fairy tale run to the 2019 World Cup of Darts final for the Republic of Ireland with Steve Lennon, and those heroics have earnt them both a spot at the Grand Slam. Willie finds himself as third seed in Group D and facing the World Cup winner Gary Anderson in his group. It’s Darren Webster first up for the Magpie however with the BDO’s representative Dave Parletti rounding up the group.

The tournament will be broadcast live via Sky Sports in the UK and via the PDC’s global broadcasting partners Worldwide.