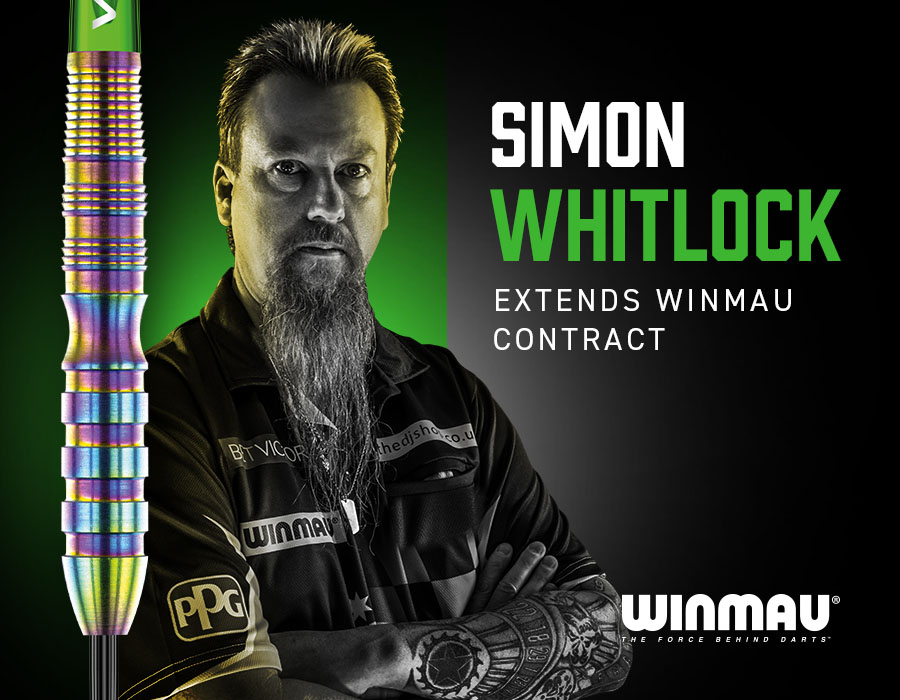 Always at the forefront of Australian Darts, The Wizard’s global charm and appeal has seen the hugely popular Aussie win fans around the World over decades being at the top of the sport.

The pinnacle of Simon’s career came earlier this year as ‘The Wizard’ passionately conquered the world, lifting the World Cup of Darts trophy for the first time in 12 years with fellow Australian Damon Heta.

Simon's manic attention to detail has seen him develop several blockbuster dart ranges with Winmau, all made and designed with the thoroughness of a professional who knows exactly what he wants from his darts.

Simon Whitlock added, "I need to feel perfect about my darts, the grip has to be exactly as I need it, and the guys at Winmau have stopped short of nothing to help me get exactly what’s needed for my throw".

As one of the game’s most prolific practisers Simon added, "When I’m practising at home, I’m still playing as well as ever and my passion to win more major titles still burns within me, you need to win the key moments and my passion to play will keep me working hard for many years to come".

Simon continued, “I’m so happy to extend my deal with Winmau, as I have been with them for over 10 years, and they have never let me down on or off the oche".

Winmau's Director of Marketing Simon Hall added, “Simon has grown into one of the most recognisable dart players in the entire world, through determination hard work and being involved in so many memorable games and magic moments. His scoring, finishing and never say die attitude make a him such a huge star, and were really privileged to have Simon stay on board".

Billy Lovell of MODUS Sports Management added “Simon has been at the top of World darts for decades winning all over the globe, his totally unique style is so authentic that he is loved everywhere he goes helping grow the sport for everyone”.

Simon Whitlock is next on display at the Gibraltar Darts Trophy (Euro Tour 13) held at the Victoria Stadium, Gibraltar from 14th October to 16th October 2022.