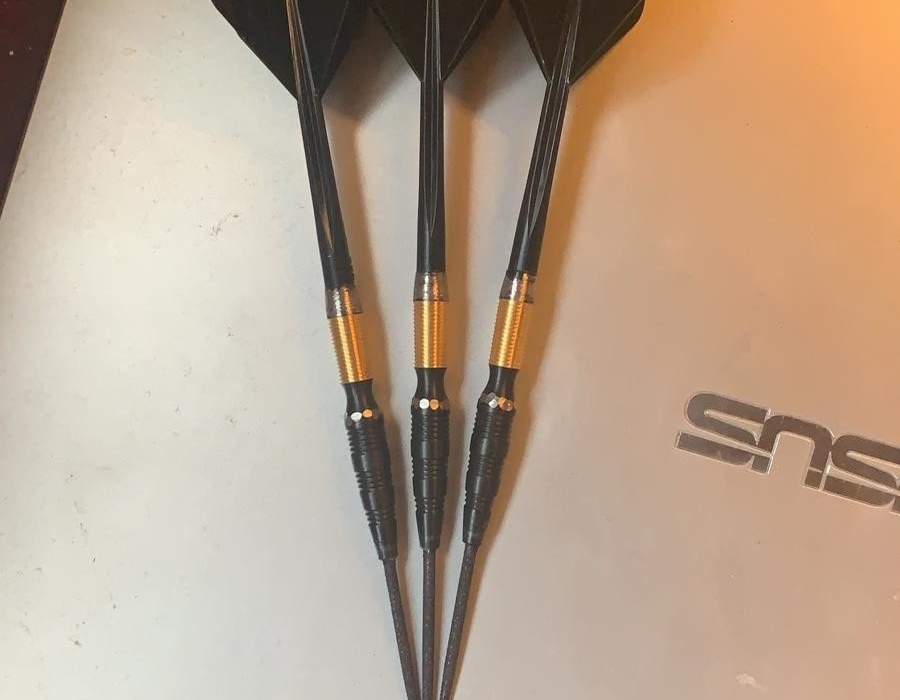 The laid back Aussie said "I've been playing amazing lately and I’m really happy with my game and darts but I just fancied a little something extra, so I asked Lee to come up  with a few versions. The first 4 prototypes he made were clean off and I just loved them immediately which is really strange for me as I normally take over 6 months to change".

Simon’s current 4th generation darts were a radical move away from his previous World Championship Finals set. Having played with 3 generations of a mid-scallop and rear taper design, Simon literally tore up the rule book a number of years ago, moving to his unique, front tapered design. He adding "I changed my last set a few years back and it was a huge change moving form a short stubby style torpedo barrel to this latest, long, thin front, tapered version, but both feature a mid-scallop so I can locate grip exactly right every time".

Simon's latest Black and Gold Special Editions have caught out even the rapid-ready Winmau Team,  where Production Director and Darts fitting Guru, Lee Huxtable said " The darts were literally still wet when they went to Simon who normally takes months going back and forth, so you can imagine our surprise when the enquiries flooded through… Getting any new designs market ready at this time of year would literally be a job for Father Christmas, so we'll have to wait and see what the New Year brings".

Simon's next game is on the 27th of December, where he faces the Polish Eagle Krystrof Ratajski who’s also in fantastic form, in a post-Christmas, mouth-watering clash.