A Look Inside the Journey to MvG’s New Darts 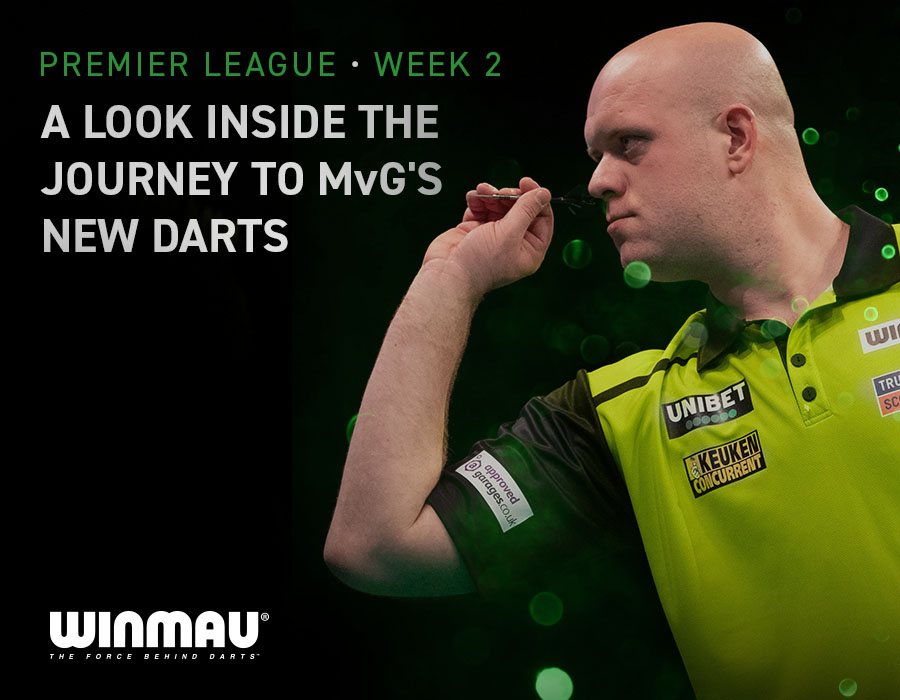 A Look Inside the Journey to MvG’s New Darts

It’s no secret that fitting the World’s best player with a new set of darts considering he hasn’t changed in many years is no small task, but MvG has relished the opportunity to add his design eye to the process the finding his perfect new set of darts.

Michael came away with a superb victory over newly crowned World Champion Peter Wright averaging over 104 in the process and said “These prototype darts are based around my Authentic range as they have the ring grip feel that I’m looking for, for me to know they are perfect is when I no longer have even a split second of thought in my throw.”

The enigmatic Irishman was not happy with his finishing but showed some great flashes of brilliance as he steadily gets better week by week and Daryl said “It was really frustrating for me to not finish anywhere near as well as I can having only converted 5 out of 21 chances which was enough to win the game and there is no doubt I need to be better this week against Michael who clearly is in-form.”

The Premier League Night Two takes place at the Motorpoint Arena, Nottingham this evening Live on Sky Sports from 7pm in the UK and Worldwide via the PDC’s global broadcast partners.

This week’s contender will be history-making Ladies player Fallon Sherrock, who becomes the first woman to play in the tournament.