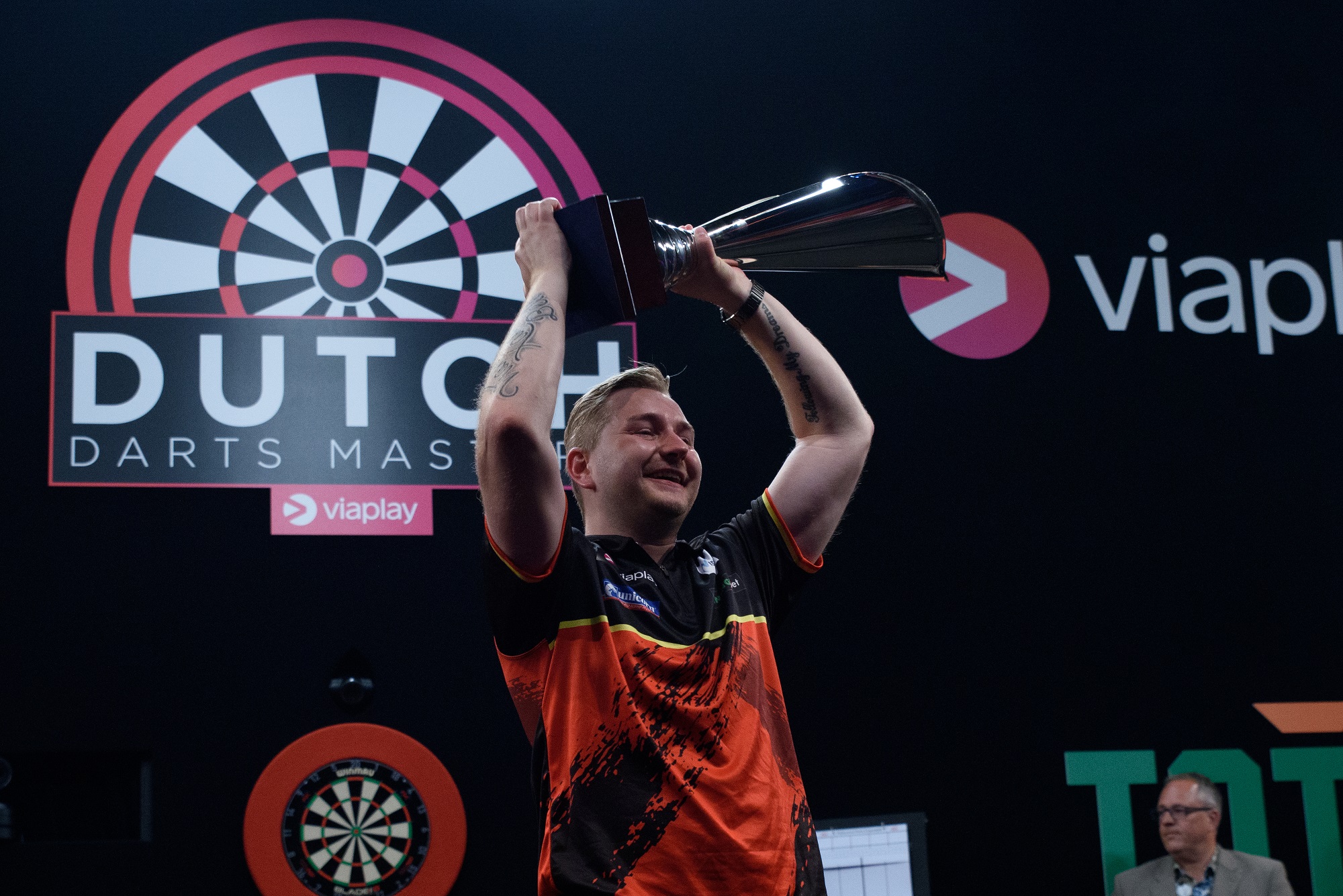 Dutch Darts Masters Day 2 Round Up

Dimitri van den Bergh certainly loves a World Series event, after missing the US Darts Masters he has since gone on to win the Nordic Darts Masters and now the Dutch Darts Masters beating Dirk van Duijvenbode 8-2 in the Final, finishing 52 on double sixteen with his second dart to close out victory.

The home faithful will have been disappointed that one of the six Dutch Quarter Finalists didn’t go onto win it, but fair play to the Dream Maker who averaged 104.60 in the Final including six maximums and a 53.33% double percentage in Amsterdam.

The Belgian who represented his country in Frankfurt a week ago took an early 4-0 lead in his match with The Titan, hitting his highest checkout of 72 in the fourth leg against the darts.

The 27-year-old Antwerp thrower will be very happy with his performances in Holland as he also included an average of 103.56 in his 7-2 Semi Final victory over UK Open champion Danny Noppert, including the big fish on the bullseye to take a 5-2 lead against the Freeze.

Van den Bergh again showed his formidable form on the outer ring in his Semi Final, missing just six darts at double in nine legs of darts as he closed out victory on another ton plus checkout, hitting double eighteen to finish 113 to reach the Final on the oche.

World Number 11 Noppert will be disappointed with the manner of his defeat to his Belgian opponent after coming through his Quarter Final with Vincent van der Voort, going all the way to the eleventh and final leg in what was the last match before the Semi Finals. The Dutch Destroyer lost his scoring power in his tungsten tussle with the UK Open champion, failing to register a single maximum on stage.

What kept the Winmau man in the match was his ability on the outer ring, missing just four darts at double in recording a check out rate of 55.56%. The 31-year-old from Joure was too strong in the eleventh and final leg though for his Dutch compatriot, hitting double eight with his last dart as his opponent waited to return to the oche without a finish. (184)

Dirk van Duijvenbode showed quality all the way through his Dutch Masters 2022 campaign including a 6-4 victory over Martijn Kleermaker, the man who knocked US Darts Masters champion Michael Smith out in the first round. The 29-year-old was really put against it in his Semi Final with James Wade, coming from 6-5 down to win 7-6 missing just four darts at double. (63.64%)

The Euro Tour makes its return next weekend for the Interwetten European Darts Matchplay taking place in Trier, Germany on Friday through until the Final on Sunday live on PDC TV.