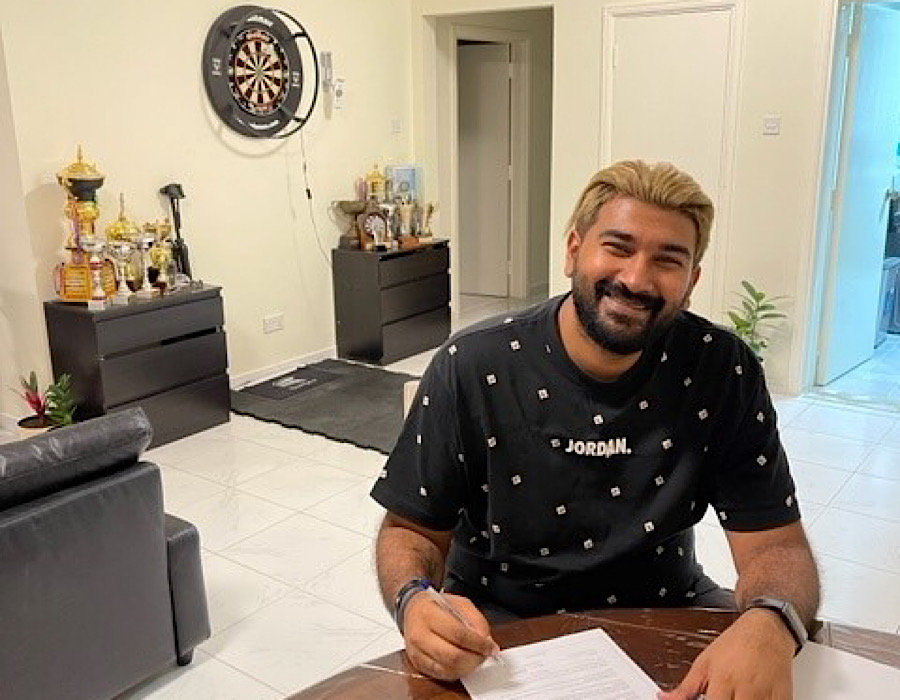 Winmau is pleased to announce the signing of Nitin Kumar & Mozhgan Rahmani.

Winmau is pleased to announce the signing of Nitin Kumar & Mozhgan Rahmani.

Nitin, one of India’s premier players, has been a regular at the PDC World Championships, qualifying three out of the last 4 years. He also appeared in the PDC World Cup back in 2015.

Upon signing Nitin told Winmau, “I am really humbled to be joining a stellar brand in Winmau. I am now ready to take the next step in my darting career and achieve new levels for both Indian darts and myself.”

Mozghan, an Iranian star who chose darts over a career in engineering, has featured on the PDC Asian Tour previously & is set to compete in the PDC’s expanded Women’s Series in 2022.

“I am really excited to be a part of team Winmau and hope we can grow success together for a long future.” Mozghan said speaking to Winmau.

Both players are looking forward to darts in 2022, with their first step being Q-School, where they will compete for a PDC Tour Card.

Marketing Director for Winmau, Simon Hall added, “we are extremely excited to bring Mozghan and Nitin onboard and can’t wait to start working with them. They are two very talented players who are right at the top in their respective nations, looking to make the next step to international glory!”