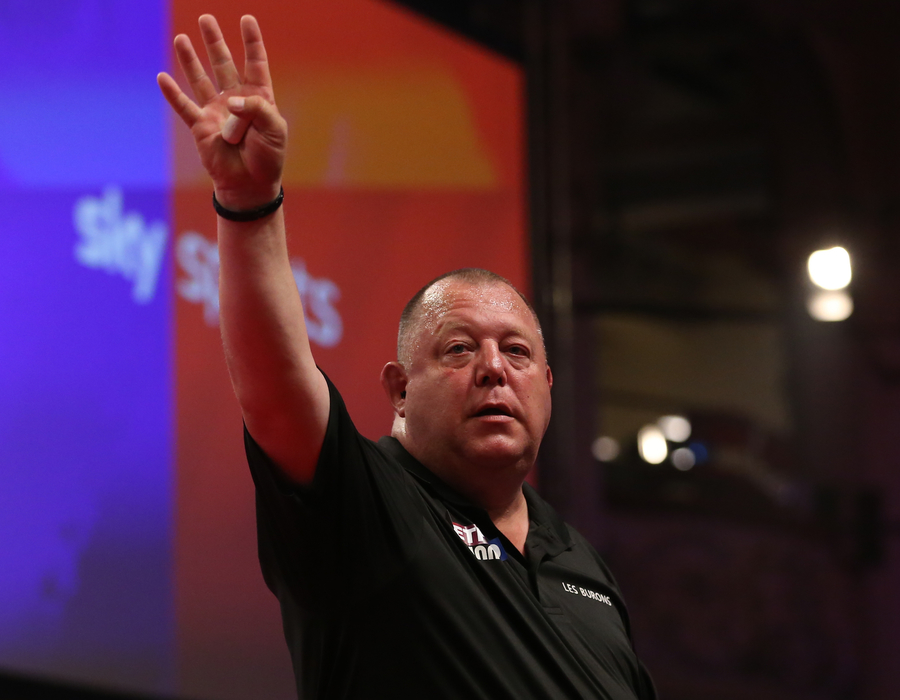 King burst out of the blocks quicker than Anderson, moving into a commanding 5-1 lead. The inevitable comeback from the Flying Scotsman followed however, levelling at 6-6 before leading 8-7.

Merv would reel off four successive legs in earn the victory, out-scoring Gary and hitting an impressive 55% checkout rate in the match.

Michael Smith now awaits King in the quarter-finals after defeating German Max Hopp 12-10. Smith scored well throughout the match-up, hitting 6 maximums but poor finishing at times allowed Hopp to keep on his tail.

Glen Durrant came out on top in the battle of the World Champions last night, with a sensational 13-11 win over Michael van Gerwen.

In arguably the match of the night, Duzza seemed to have the better of the early exchanges and moved his way into a 7-4 lead.

World number one MvG rallied well to tie up 8-8 before leading for the first time since the opening leg 9-8. Both men went toe-to-toe, exchanging breaks of throw before the pivotal moment of the match came at 11-11.

Durrant hit a 15 dart break of throw to move 12-11 ahead, giving him the throw to win the match. Glen held his nerve, capitalising on a miss at bull to pin double tops and move into the next round.