MvG On The Hunt For More 2022 Success - European Championships 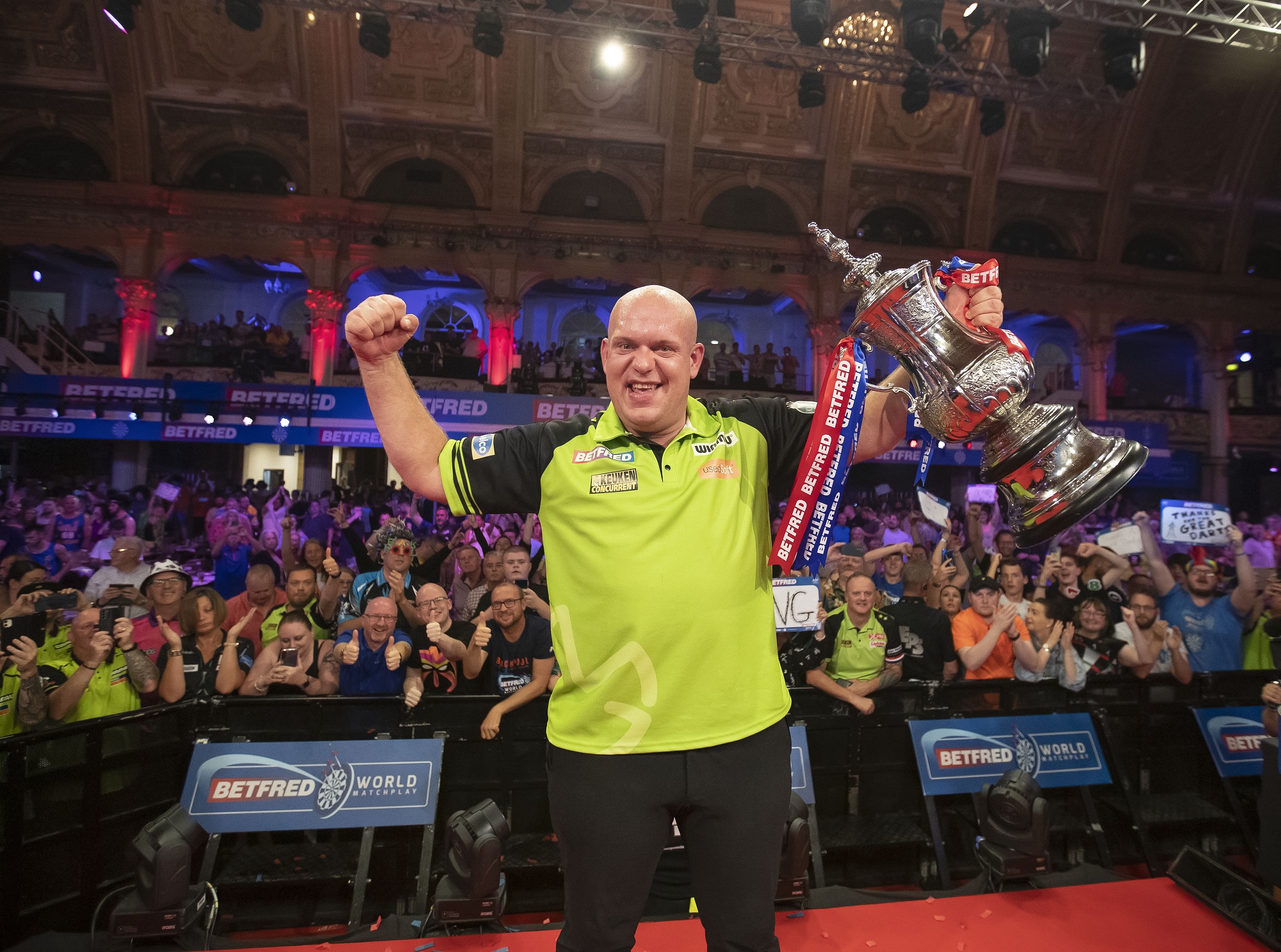 MvG On The Hunt For More 2022 Success - European Championships

The European Championships is hours away from kicking off in Dortmund, with just three more staged PDC Events left to play now before the return of tungsten drama at the Alexandra Palace for the Cazoo World Championships 2023.

Michael van Gerwen has been the form player of the year having won the Premier League in June, the World Matchplay for the third time in his career and recently the World Grand Prix after fending off a spirited comeback from Nathan Aspinall in the Final.

The Dutchman won both the double start competition and the Premier League for the sixth time in his darting career and is now hoping for more success this weekend in Germany.

The Winmau man beat Chris Dobey en route to winning in Leicester earlier on this month, and he plays him again in the First Round of the European Championships in Friday night’s session.

MVG comes into the tournament as the second seed having won two Euro Tour events this year: The German Darts Championship and the Austrian Darts Open, beating compatriot and fellow Winmau star Danny Noppert in the Final.

Recent Hungarian Darts Trophy winner Joe Cullen is the sixth seed heading into this weekend’s European Championships, as he prepares to face Ross Smith who narrowly missed out on qualification for the World Matchplay earlier this year.

The Rockstar has won twice on the Pro Tour and once on the Euro Tour, as well as reaching the Final of the Premier League in what was his debut campaign in the weekly competition. The Bradford born thrower will hope for more positivity this weekend in Dortmund as he looks to put together a good run before the up-and-coming World Championships.

Danny Noppert will also be in action in Germany this weekend having qualified at 12th on the European Order of Merit. The Joure born thrower faces a difficult test in Round 1 as he faces Andrew Gilding, the man he beat to win his only Pro Tour event of the year just before the start of the World Matchplay.

The former BDO World Finalist has enjoyed his best year in his playing career, beating Michael Smith at the start of March to win his maiden UK Open title before a memorable run to the Semi Finals at the Winter Gardens, losing out to World Number 1 Gerwyn Price who included a nine darter in his win.

Daryl Gurney also qualifies for the European Championships and faces another World Matchplay Semi Finalist in Dimitri van den Bergh. Superchin has yet to win an event so far this year but has certainly shown moments of quality that we all know he can produce having watched him pick up PDC titles all through his career.

The 2017 Grand Prix champion produced a blind 180 in his win over Gary Anderson in Blackpool before watching Danny Noppert repeat the trick against him in the next round. The Northern Irishman also reached the Quarter Finals of the World Cup with teammate Brendan Dolan, beating Gibraltar and New Zealand before a defeat to third seeds Netherlands.

The Dutch Destroyer will certainly have his work cut out in Germany, but we know how good the Winmau man can be, having reached two World Championship Semi Finals and two World Matchplay Semi Finals.

The competition gets underway from 6pm on Thursday with Dirk van Duijvenbode versus Madars Razma the first two players to grace the oche in Dortmund.