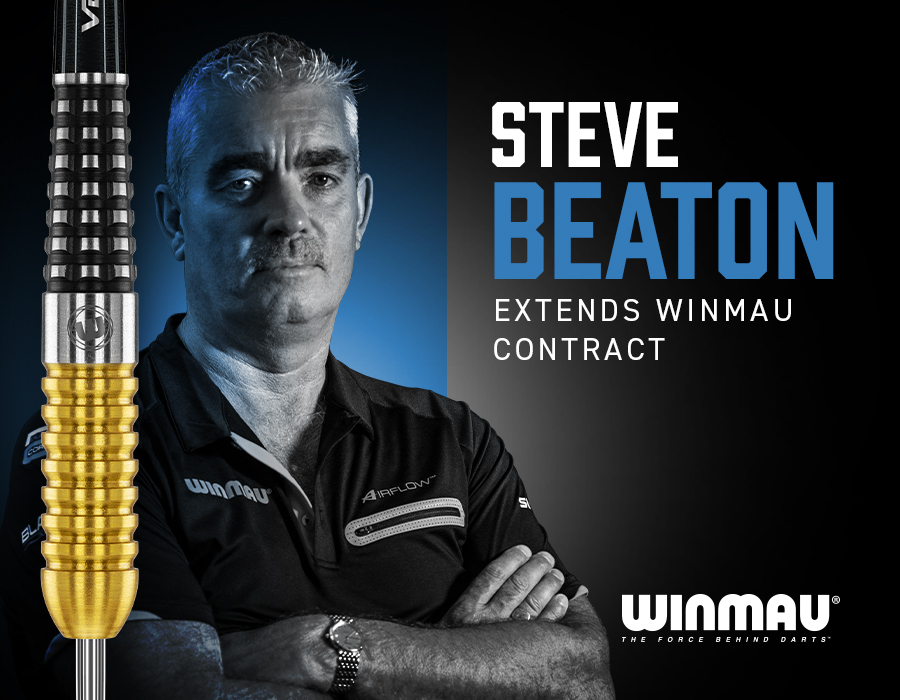 1996 World Champion Steve Beaton has signed a new deal with Winmau that extends his stay with his darts manufacturer into a third decade.

Steve, who first signed for Winmau back in 2009, is one of the games most recognisable characters and has been playing at the top level for nearly 40 years.

The highlight of Steve’s career is no doubt his World Championship win in 1996, closely followed by his triumph at the Winmau World Masters, three years earlier.

In 2001, Steve made the switch to the PDC, and has since lifted four ranking titles in his time.

When speaking with Winmau, Steve said, “I am delighted to have extended my stay with Winmau. I have really enjoyed working with the team there and look forward to continuing to do so.”

Winmau’s Marketing Director Simon Hall added, “Steve is a true icon of the game and a top professional. He is someone that young players everywhere can look up to.

“There are not many players that have achieved the success that Steve has, and even fewer to do for that length of time. The longevity of Steve’s career is truly remarkable.”

Simon and Steve caught up in more length in the first episode of The Winmau Podcast, where they discussed Steve’s new deal, his career and much more besides.

To listen to the episode, see the following links below –