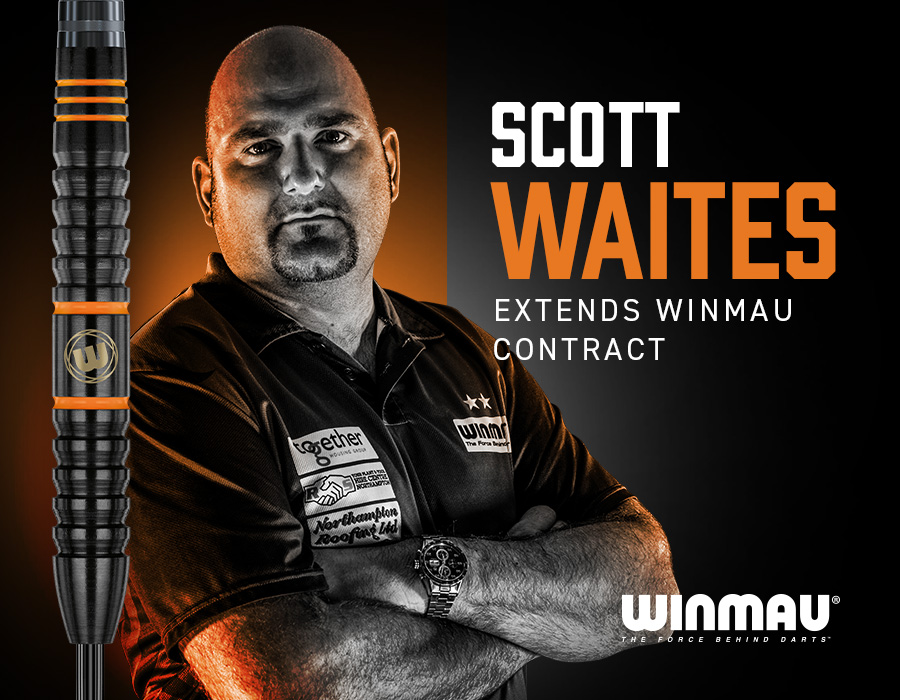 Scott’s journey with Winmau started back in 2008 where he developed into an icon of the game, most notably as a double World Champion and the only BDO representative in history to win the PDC Grand Slam of Darts defeating James Wade in an amazing comeback from 8-0 down.

Throughout his career “Scotty 2 Hotty” has won a plethora of WDF Major ranking titles across the world and now has set his sights on the PDC global tour, earning his Tour Card in 2020’s Q-School.

Scott has steadily climbed the PDC rankings and looks in a strong position to retain his Tour Card and continue to push for PDC titles.

“I’m immensely proud of what I’ve achieved in the sport of darts over the years, the journey has been incredible and I’ve met so many great people along the way” said Scott

“After years of consideration I made the switch to the PDC last year, as I finally felt ready to give it the full commitment it requires.

“I’m not here to make up the numbers, this is the next stage in my career and I’m here to compete for titles. It’s been a disruptive start to the tour with the global pandemic but I’m happy with my progress and ready to kick on to the next level.

Interestingly during his years of major success, Scott remained a full-time carpenter, maintaining a grounded life balance away from the oche, whilst becoming a house-hold name in darts.

Simon Hall, Winmau Marketing Director, said “What has stood out working with Scott over the years is not just his incredible work ethic in the game, but his confidence in his ability and how grounded he stays.

“You won’t find anyone in the game who is as cool and solid under pressure as Scott, a trait which has seen him win countless titles across the World and we’re thrilled to announce our extended sponsorship in the next step of his career”