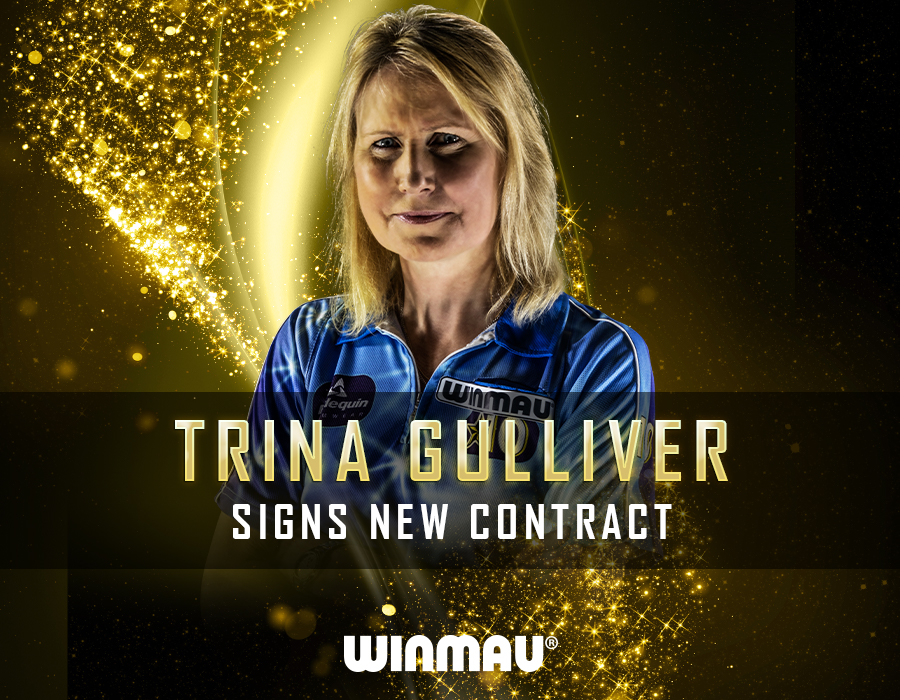 Trina Gulliver the 10-times Ladies Champion of the World has extended her contract with Winmau, as she eyes a Major comeback at this February's World Seniors Championships.

The most successful female darts player in history, Trina has an incredible record, including 10 World Championships, 6 Winmau World Masters and a BDO World Trophy.

However, Trina has spent the last few years by her own admission in a living hell as she battled with her well documented alcohol issues, that bought her very close to being terminal.

The Golden Girl opened up recently in a live video on her fight to survive and the years of pain and suffering that she has dealt with, and continues to do so.

However, amazingly the Golden Girl has accepted an invite into the World Seniors Darts Championship next February, where Trina will take on some of the best known World Champions like Phil Taylor, Ted Hankey, Richie Burnett and Martin Adams.

Speaking with Winmau, Trina said, “Winmau have been by my side from the very start through the great times and the bad and that shows that they are a people first company and I'm very grateful to carry on with Winmau’s support".

Trina went on to say, "The next chapter for me is the World Seniors Darts Championship and it’s a huge ask for me to get my game back into competitive shape. I’ve been practicing really hard and the thought of playing some of the greatest names in the sport both excites me unbelievably but also makes me shiver!”

Director of Marketing for Winmau, Simon Hall added, “It’s amazing to see Trina back in a position to consider playing again in the public eye. What she has endured publicly and fought back from is nothing short of amazing and her battles continue daily, we will offer her all the support and backing that she needs but there is no doubt in our mind of just how good a player she is, and still can be, but Trina also carries a very important story for us all in how important health and wellbeing are to all of our lives.”