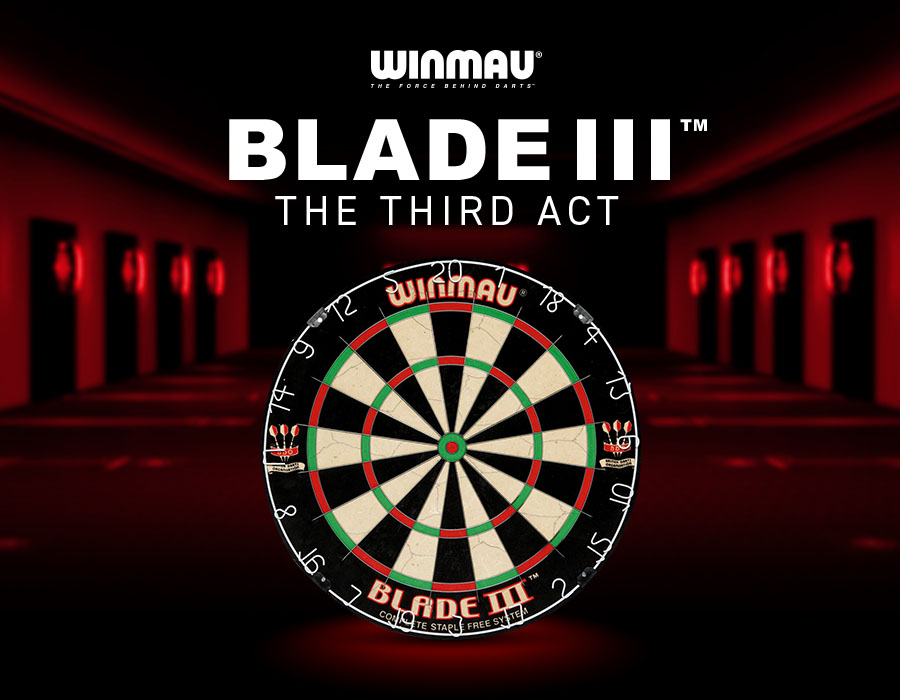 After setting such high standards, with Blade and Blade II, Winmau knew the Blade III had to be good to live up to its predecessors.

Due to this popularity of the early Blades, Winmau waited 6 years, from 1999 until 2005, to replace the beloved Blade II with the much anticipated Blade III.

The Blade II had been widely popular in the darts community, so the Blade III had to maintain these good characteristics, whilst also improving it in other areas.

Winmau’s development team’s main goal when setting out to produce the third generation Blade board was to focus on removing ‘dead spots’. These are areas on the board where compacted sisal makes it very difficult for the dart to enter the board.

To do this Winmau made the Blade III the world’s first ‘trap-free’ dartboard. This was done by enabling the web to sit on top of the sisal, rather than cutting into it. This allowed the fibres to find the optimal position and almost eliminate dead spots.

The Blade III, took to the stage as TV darts was in full swing and the BDO was producing some of its greatest moments.

Just a few months later, Barneveld was beaten in the Lakeside Final by Jelle Klaasen to the shock and surprise of many.

The 2006, Winmau World Master’s may have produced the most exciting result of all though, with the relatively unknown 17-year old Michael van Gerwen, defeating the great Martin Adams to lift his first TV title… it would not be the last!

Following the Dutch domination, early in the Blade III’s life, British players fought back and went on to lift many of the following titles.