MvG Back to Winning Ways in Liverpool 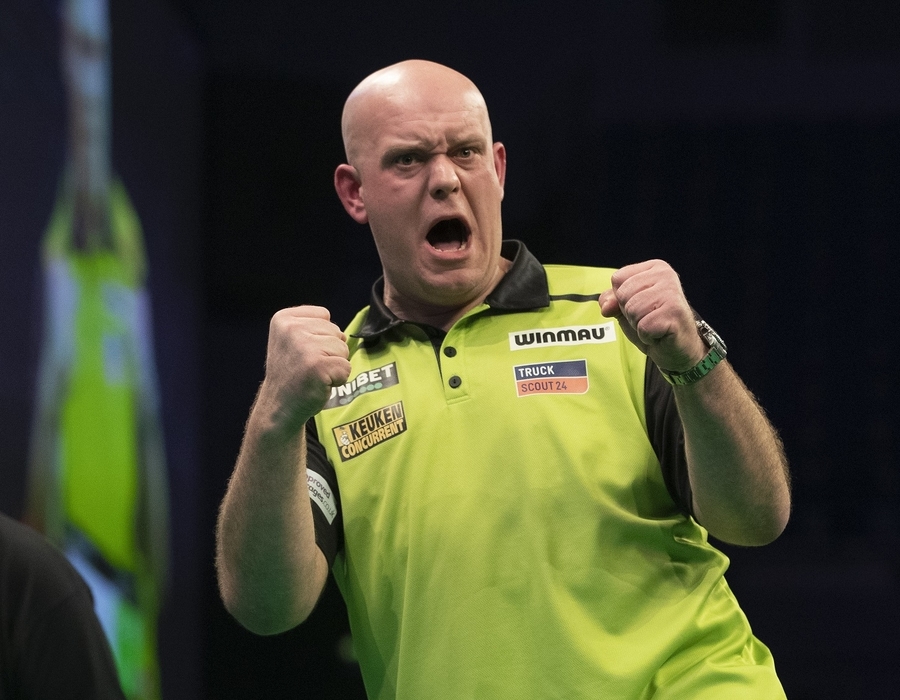 MvG Back to Winning Ways in Liverpool

In a replay of Sunday’s final, the World no.1 smashed in another stunning average of 106.27 with 6 maximums in a brilliant match.

“My confidence is right back up there after winning the UK Open at the weekend and tonight was another good performance from myself," said Van Gerwen.”

"I'm over the moon with how I played. Gerwyn played great, he threw everything he had at me and I had all the answers.

"The 157 really hurt me, and you know he can do that in the right moments. You always have to keep believing in yourself and that's why I won this game.

"This was the total package for a lovely game. The crowd was involved, the darts were great, there was some phenomenal finishing and I think it was a good game to watch."

Glen Durrant remains at the top of the table after a 7-5 win over Daryl Gurney, a result which leaves the Northern Irishman in peril of elimination at the bottom of the table.

Durrant shot himself into a 4-1 lead in the first half of the match before Superchin mounted spirited fight back. However, the three times Lakeside champion held his nerve and took the win on double top.

Elsewhere this week’s challenger, Stephen Bunting, took a draw with Rob Cross whilst Nathan Aspinall spurned darts at double to defeat Gary Anderson with the Scotsman picking up his second draw of the season.

In the opening match of the night, World Champion Peter Wright defeated Michael Smith 7-4, putting in a 100.78 average to move himself back into contention for a play-off spot.

Due to the coronavirus epidemic, Rotterdam’s double-header has been postponed which will see the conclusion of the Premier League delayed – however currently next week’s fixtures in Newcastle are sit set to be played. We’ll keep you up to date with all the latest tournament news as and when more information is released.