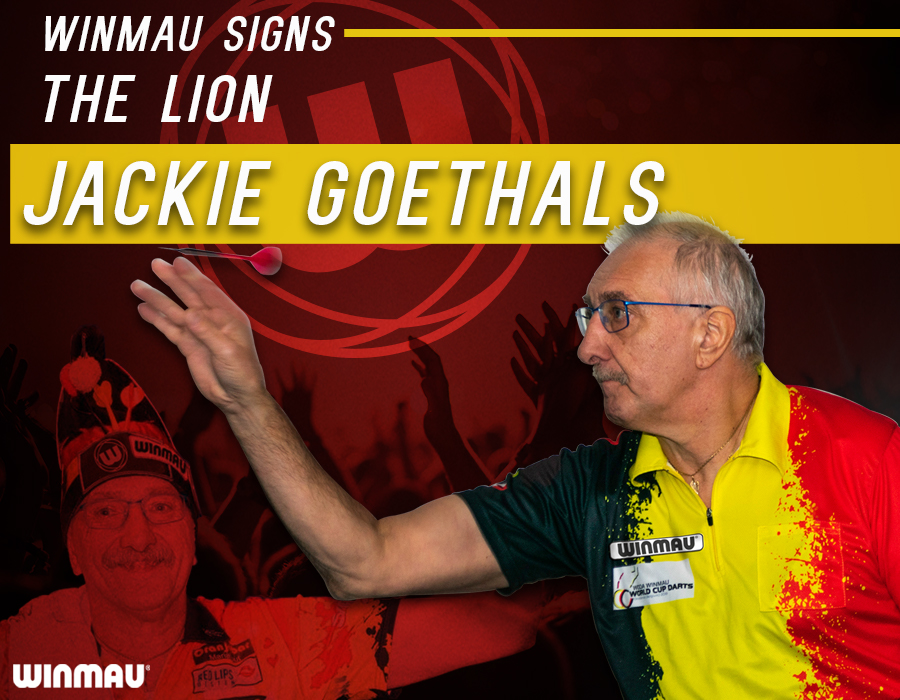 Goethals, known for his enthusiastic support and distinctive hat, is an ever-present figure at darts events all over the world. However, in his own right, he is a gifted player, competing on the World Disability Darts Association (WDDA) circuit.

Known as ‘The Lion’ because of his resemblance to Leo Laurens, who played under the nickname and was Belgian number one when he started his career, Goethals finished third in last weekend’s inaugural WDDA World Cup. He was also part of the third-place Belgian national side.

Goethals took up darts after a workplace injury cut short his football, basketball and karate career. Today he is storming up the WDDA rankings and is currently placed third in the Road to the Winmau World Masters table.

As part of Team Winmau, Goethals will represent the company’s brand – including having a logo on his famous hat – at WDDA events across the world.

“Jackie is such a huge personality – not to mention a great darts player – and I am delighted he is part of the Winmau family. His passion and enthusiasm for the game at all levels embodies everything Winmau stands for,” says Ian Flack, Winmau’s Sales and Marketing Director.

Goethals added: “Darts has been a huge part of my life since my accident. It helped me get back on track and I love every aspect of the sport. I’ve not missed a World Championship in more than 20 years. Being a part of Team Winmau is a huge honour and, with the company’s support, I plan to keep developing my game.”

You can follow Jackie via his social media accounts:

Further details with regard to the WDDA can be found via their website: http://www.world-disability-darts.org/